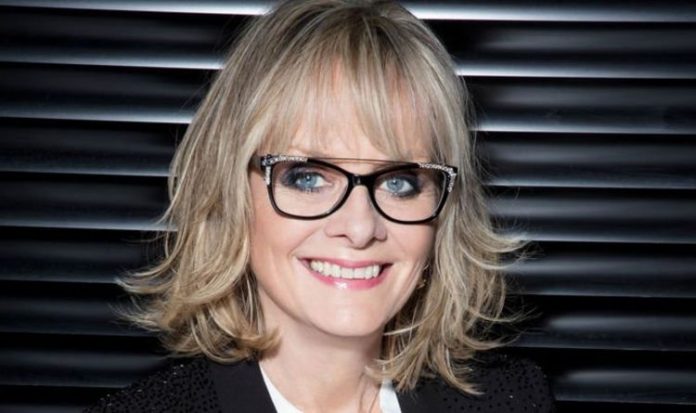 That year, when she was still only 16, Twiggy’s gamine haircut and doe eyes, framed by long, spidery lashes, were captured in a series of now-legendary portraits taken by celebrated photographer Barry Lategan, images so unforgettable they launched her prolific career and remain to this day the essence of the Swinging Sixties. Now 71, Twiggy is still one of Britain’s best-known faces, a total fashion professional, who knows how to work a camera on both sides of the lens.

And this is why the Daily Express is delighted to announce she is one of the official judges for our Brilliantly British Photograph Competition launching today – a nationwide search to find the image that best encapsulates Britain, in all its wonderful diversity, in 2020.

“After a year like 2020, we need art more than ever, it offers hope, and gives a voice to those who need one most,” she says.

And if anyone knows the power of a photograph, it must be the global phenomenon that is Twiggy.

“That day in 1966 changed my life forever,” she says, of the moment Lategan’s portraits, on the wall of a London hair salon, were spotted by Express fashion editor Deirdre McSharry and a legend was born.

What does Twiggy think made that shoot stand out?

Twiggy wants entrants to ‘move her’ with their snaps (Image: PA)

“A lot of wonderful photography is about catching the light, which he did,” she says. “I was told ‘Look into the camera’ and that’s all I did, but he captured something that caught the imagination of the time.”

Twiggy’s nickname came from her slender build, but it was her side-swept elfin crop and saucer eyes, so beguiling in Lategan’s photos, that created her enigmatic appeal. At just 5ft 6in, she was not tall enough to be signed by traditional modelling agencies so was sent to Leonard of Mayfair salon for an image overhaul.

“Leonard came over to me and said, ‘I love your look. Can I do my new haircut on you?'” Twiggy remembers.

“Deep down, I didn’t want my hair cut because I was a mod and I Ioved my hair, like you do when you’re a teenager,” she giggles. “But I was too shy to say no – thank God I was.”

But her own personal favourite photographs have nothing to do with fashion.

“What sticks in my mind is the photograph taken in New York of the sailor kissing the nurse as he bends her backwards,” she says, referring to the famous Times Square shot from VJ day on August 15, 1945. “Certain photographs are so powerful.”

Twiggy, pictured in 1966, is still one of Britain’s best known faces (Image: Getty)

At the time, Twiggy didn’t want her hair cut but caved because she was too shy to say no (Image: Getty)

She also understands how a moment in time can live on forever if captured in the right image. “When you look at some of the changes through history then photographs are the historical proof certain things occurred,” she says.

“What do we look at if we want to see what the period was like? You go back to old photographs. I often look at them myself when I’m performing a part in a period piece.”

Aside from modelling, Twiggy is an acclaimed actress who won two Golden Globes for The Boyfriend in 1971 and has appeared on Broadway.

A singer, TV presenter and fashion designer, she was awarded a damehood in the Queen’s New Year Honours 2019 for her services to fashion and the arts.

Now taking on the mantle of judge, she will be looking for something that “says Britain to me” from the entries. It might be something hard-hitting going on in our world today that really affects you, or it could be incredibly beautiful in the way we all need at the moment,” she says.

The 60s fashion icon said she understands how ‘a moment in time can live forever’ with a photo (Image: Getty)

What does Britishness mean to her?

“Have you got ten hours?” she laughs. “I’m a proud Londoner but I’m half northern. My dad was from Lancashire so I’ve got his grit and I don’t suffer fools gladly, like many Britons.”

And that’s not all.

“As a nation we don’t take ourselves seriously and have a great sense of irony,” Twiggy continues.

“This horrendous year has also shown the British spirit, the amazing feats undertaken by people such as Captain Sir Tom Moore, with others raising money or distributing food to families.

“My mum and dad said the same thing happened during the Second World War.”

But for now, when judging the competition, she says: “I’m keeping a very open mind, it will have to capture my heart and move me.

“That’s what great photography does.”