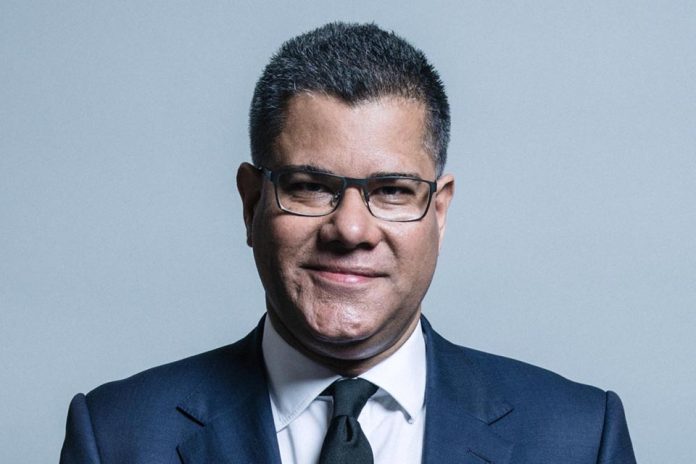 Thank you so much.

Good afternoon from Nigeria. I’ve been here over the past twenty-four hours and I’ve had a range of productive meetings with the Vice President, other government ministers, and civil society on our shared need to act urgently to tackle climate change.

And it is an absolute pleasure to be joining you today and a very great thanks to my friend Dr Mathur for inviting me to participate in this very important summit.

And I’m also very delighted to be speaking alongside Mr Frans Timmermans and Suresh Prabhakar Prabhu, who we know are great champions for climate action.

May I first start by expressing my deepest condolences for the situation in Uttarakhand.Our thoughts and prayers are for all of those who have been sadly affected by this tragedy.

As we’ve heard, today marks the conclusion of the 20th annual World Sustainable Development Summit.
Over those past two decades, the world has experienced its hottest ten years on record.

We have seen what the UN calls a “staggering” rise in climate disasters.

Affecting more than four billion people across the world.

And causing almost $3 trillion of losses to the global economy.

It is overwhelmingly clear that the climate crisis is impacting all our lives. And that crisis is unfortunately accelerating.

And to avoid it getting unimaginably worse, we must act now.

And we must act together.

As an international community we have agreed what we need to do.

In 2015 the world came together and signed up to the Paris Agreement, which established the framework for a clean, resilient global economy.

But although progress has been made, we are not on track to meet its goals.

If we do not change course, the climate impacts that we are already experiencing will grow into a tragedy of epic proportions.

We will end up seeing entire communities destroyed.

So, our aim as the COP26 Presidency is to get the world on track to make the Paris Agreement a reality.

This requires countries to act and to act now.

By investing in green recoveries.

And by committing to net zero.

And of course, by announcing aligned Nationally Determined Contributions, and policies and plans to get there.

Plans like Prime Minister Modi’s commitment to generate 450 gigawatts of renewable power by 2030.

But we also need action from across society.

And we need to work together.

Because making the Paris Agreement a reality requires us all to act in concert.

The UK COP Presidency aims to unite countries, and groups across society, behind the aims of the Paris Agreement. And, importantly to place inclusivity at the heart COP26.

We are urging businesses, investors, cities and regions to join the Race to Zero campaign for example, by committing to reach net zero by 2050 at the latest.

And we’ve seen many companies come forward. Companies like Dalmia Cement and Mahindra group have done so. We’ve seen cities like Delhi and Kolkata have signed up to this too.

And we are bringing the voices, of civil society, women, young people, Indigenous Peoples, and marginalised groups, into COP26.

These communities are some of the most affected by climate impacts.

Their knowledge, leadership, and expertise are absolutely essential to developing effective solutions.

Over the past two weeks I have met personally with youth and civil society climate activists in Ethiopia, in Gabon in Egypt, and here in Nigeria.

And I will continue to prioritise these interactions in all my country visits on the road to COP26.

The UK’s COP26 Presidency has established the Civil Society and Youth Advisory Council to help shape the Summit.

And this group includes brilliant young climate leaders from countries such as India and Kenya.

And the UK Government is supporting a mentoring initiative to encourage women from a diverse range of backgrounds to participate in climate negotiations.

And I also want to welcome and thank the work that has been done by TERI and WSDS to bring the voices of youth and women to the forefront.

Between countries and across society.

Because we know that if we all focus on specific challenges and sectors, we can make progress faster.

By sharing solutions, bringing down costs, and driving innovation.

Together, we can accelerate the transition to clean growth.

Creating those jobs and prosperity and spurring development, which we all want to see.

And I very much recognise India’s leadership in this area. With pioneering initiatives like the International Solar Alliance and the Coalition on Disaster Resilient Infrastructure.

I look forward to working with both organisations over the coming year. And to showcasing them at COP.

And we are delighted that India is participating in the new forums for collaboration that the UK COP Presidency has created. Like the Energy Transition Council and Zero Emissions Vehicles Transitions Council.

With its vision and its flair and its leadership, India will be absolutely vital to the success of COP26.

As we approach Glasgow, I am pleased to say that the partnership between our two countries on climate change has never been stronger.

And I very much look forward to visiting in person next week and hearing first-hand about India’s ambitions.

The UK COP Presidency is committed to working in partnership with those countries most vulnerable to climate change.

Which for so many years have led the world’s attempts to tackle it.

We saw this in 2015 when Prime Minister Modi played a decisive role in getting the Paris Agreement over the line.
And Small Island Developing States touched the conscience of the world, persuading it to pursue efforts to limit warming to 1.5 degrees.

And we see this today too.

As Barbados and the Maldives announce their aim to reach carbon neutrality by 2030.

And we see countries like India and Bangladesh use early warning systems to save thousands of lives.

The UK COP Presidency wants to amplify the leadership of those countries vulnerable to climate change.
And to work together to make progress on critical issues like finance and adaptation.

So, we’re very pleased to be co-chairing the next meeting of the Coalition for Disaster Resilient Infrastructure in March, alongside our friends and partners in India.

Which the UK has developed with Egypt, Bangladesh, Malawi, the Netherlands, St Lucia, and the UN.

This Coalition is a chance for developed and developing countries to share knowledge and best practice on adaptation and resilience at every level: local, regional and global.

And next month the UK COP Presidency will hold a Climate and Development Ministerial.

This will bring Ministers together to look at four key issues: access to finance; quantity and quality of climate finance; response to impacts; and fiscal space and debt.

And civil society organisations will be part of this conversation.

Together, we will look for ways to move forward on these key issues. And plan how we can make progress through events like the G7, the UN General Assembly, and COP26 itself.

Friends, in conclusion, we all share one precious life-giving but fragile planet.

And we all have a stake in its future.

Through partnership, collaboration, and with all of us on board, we can bring the benefits of clean growth and resilient economies to countries around the world.

And thereby protecting our people and our planet.