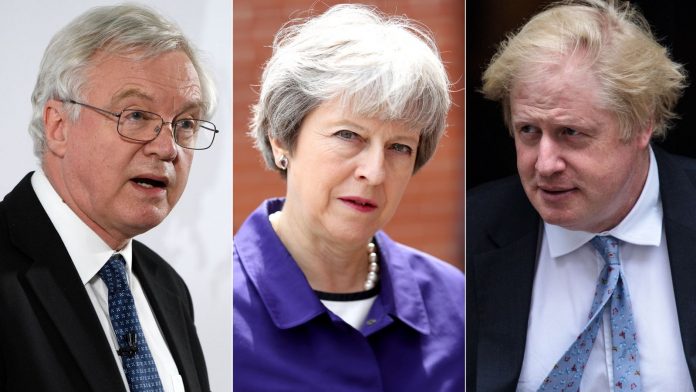 The British public no longer has faith in Theresa May to negotiate Brexit, with two in three saying they do not trust her to get the best possible deal, a Sky Data poll reveals.

Some 64% of Britons do not trust her to run Brexit negotiations – up 31 percentage points from when we last asked the question in March 2017.

Just 22% now trust her to get the best possible deal, down 32 points from last year, with 14% unsure.

This comes following the resignations of David Davis as Brexit secretary and Steve Baker as a junior Brexit minister – with fieldwork for the poll finishing just prior to the further resignation of Boris Johnson as foreign secretary.

Just 30% of Britons think Theresa May is the best Conservative to lead Brexit negotiations, with 44% saying someone else within the party would be better suited, and 26% answered that they don’t know.

Britons are uncertain what the likeliest outcome is of Brexit on a day of government chaos.

Those believing that there will be a deal of some sort agreed with the EU are effectively neck-and-neck with people who think there will be a Brexit with no deal agreed – 37% expect a deal, 34% expect Brexit to happen without a deal being agreed.

Just over one in five – 22% – think the likeliest outcome is that Britain remains in the EU, while 7% say they don’t know.

Sky Data interviewed a nationally representative sample of 1,502 Sky customers by SMS on 9 July 2018. Data are weighted to the profile of the population.