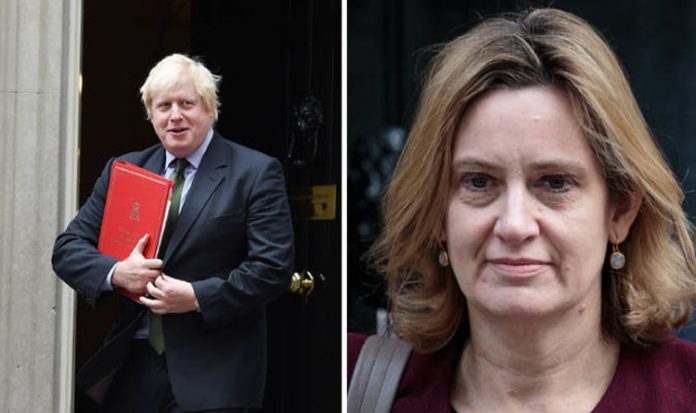 Mr Johnson’s resignation was confirmed by Downing Street in a statement at 3pm.

A Downing Street spokesman said: “This afternoon, the Prime Minister accepted the resignation of Boris Johnson as Foreign Secretary.

The two senior figures are the latest in a long line of Tory ministers who have either sensationally quitor been given the boot from Mrs May’s Government in recent months.

They include Home Secretary Amber Rudd, who resigned in April over the Windrush scandal.

Ms Rudd admitted to “inadvertently” misleading MPs over the existence of targets set up to remove illegal immigrants back in April.

The MP for Hastings and Rye has returned to her local constituency duties in the last few months.

She has yet to comment on the resignations of the last 24 hours or whether she is in talks to take on Mr Johnson’s vacant role.

Theresa May told Parliament this afternoon she will be appointing a new Foreign Secretary “in due course”.