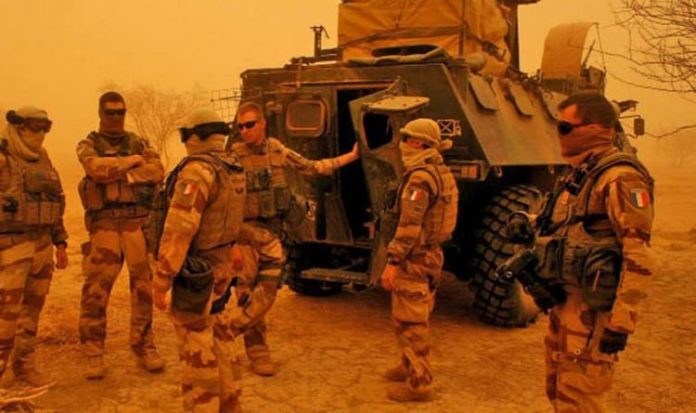 The number of troops being sent to war-torn Mali will be reviewed amid fears it is far too small to handle potential clashes. At least 300 will deploy to the region in five weeks as part of a UN peace-keeping operation. In July, the Sunday Express revealed that an additional 45-strong Special Forces team had been sent to Mali – formerly a French colony – to iron out problems in advance.

A further 100 RAF personnel and three Chinook helicopters have been part of a separate French mission for the past four years.

But senior officers have called for an “operational rethink” about the size and capability of the planned force.

Last night, top sources confirmed that the request had been granted by the Commander of Joint Operations Vice Admiral Ben Key, who will include interim reports by the SAS as he oversees the assessment.

When the UN mission in Mali began in 2013, it focused on the north of the country and helping to re-establish the state’s authority amid increasing Islamic attacks.

It soon became the UN’s most dangerous mission and last year it had to extend its remit to central Mali. In July, the UN Security Council agreed to maintain the same numbers – 13,289 soldiers and 1,920 police officers – for another year.

But despite this force, and 5,000 French troops, the violence has engulfed the centre of the country and spread to Burkina Faso and Niger.

Around 600,000 people have been displaced. Military forces have suffered too, with 45 French troops and 167 UN soldiers killed in the past seven years.

Britain’s role will be to conduct long-range reconnaissance in patrol vehicles. But concerns over manpower are said to have increased following reports by the SAS teams, who have been identifying bottlenecks and securing intelligence sources in towns and villages to pave the way for that reconnaissance.

The reports are said to have stressed the “need for more muscle” and are believed to have been passed up to General Sir Nick Carter, the head of Britain’s Armed Forces.

“Direct engagements should be expected.” His view was echoed by senior Army sources, who share concerns that Britain is “sleepwalking its way into a fight for which we are under-resourced”.

It’s feared there could be major casualties without Apache helicopters and the ability to medically evacuate injured troops.

An MoD spokesman said: “As planned, later this year 300 military personnel will deploy to the UN mission in Mali where they will help to promote peace and counter instability.