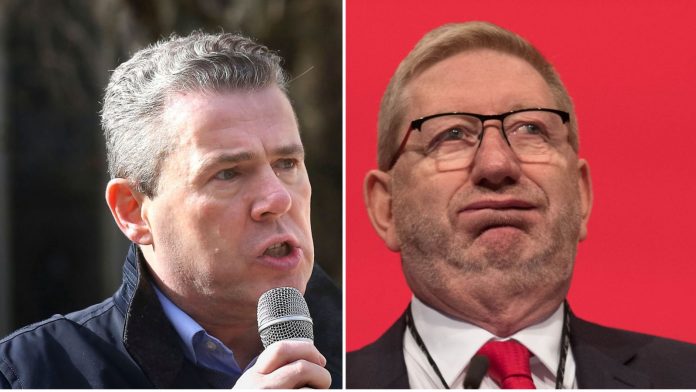 A Jewish Labour MP has accused Britain’s two biggest union bosses of “smearing” those complaining about antisemitism in the party.

Louise Ellman told Len McCluskey and Mark Serwotka, leaders of Unite and the PCS union, they were “playing with fire” for talking down the level of discrimination against Jews.

She branded their interventions “sinister” and said they strayed into “very dangerous waters”.

While Mr Serwotka, who is president-elect of the TUC, called them “a story that does not exist” and suggested the allegations were created by Israel to distract from its “atrocities”.

Speaking at a Jewish Labour Movement event on the fringes of Labour’s annual conference in Liverpool, Ms Ellman named them both and said: “The major trade unions not only smear the Jewish people and the Jewish community speaking out against antisemitism but then try to blame them for it.

“I think they’re entering into very, very dangerous waters; they were playing with fire and I again call on them to withdraw those statements.”

He said their actions were “worse” than “bystanders who choose to look the other way”.

“You know Len, when Jeremy Corbyn says there is a problem with antisemitism in the Labour Party, maybe it’s time you got behind our leader and resolve to do something about it.”

“I was going to start with a joke about what it must feel like to be a Jew in the Labour Party. But somebody told me you guys don’t get irony,” she said, to laughter.

Earlier on Sunday, Mr Corbyn said categorically he was not an antisemite.

A TUC spokesperson said of Mr Serwotka’s “atrocities” comments when they were first reported: “He made the point at the start of the meeting that we need to oppose antisemitism in society and within the Labour movement.

“But we should not allow the issue of antisemitism to be used by people who are attempting to silence Palestinian voices as they legitimately struggle for their rights and a sovereign state.”