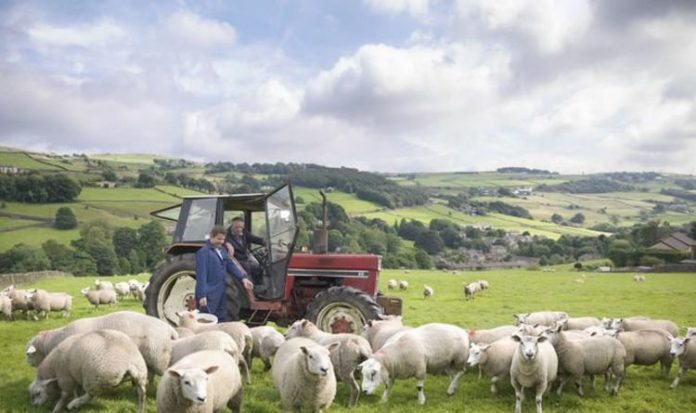 Two-thirds said they want to support the economy while six in 10 believe it is the “logical choice” to buy ingredients grown in the UK. Meanwhile, nine in 10 felt it was important for major brands to support UK producers following the country’s exit from the European Union. The Daily Express is backing calls to support local businesses struggling in the pandemic through its Brilliantly British campaign.

Dean Towey, from Princes, owner of Crosse & Blackwell which commissioned the research, said: “It’s clear from the research that consumers are more committed than ever to buying local produce and supporting British farmers this year.

“If anything, recent changes seem to have sparked renewed consideration of where the food they buy comes from – and the difference they can make to producers by buying British.”

Over a third of 2,000 adults polled said they were conscious of where their food came from after Brexit, with 30 percent willing to pay 10 percent more for a product made in Britain.

A third already source their food locally, with an average of £21 being spent a week on homegrown products.

And while one in three said they would only buy homegrown fruit, more than half admitted they do not check the source of produce before buying it.

Backing local firms, farmers and the community were the driving forces for those seeking locally sourced foods. There is also strong support for buying British goods such as homeware, gifts and wines.

He launched the site last month to harness the variety of “amazing” local skills and craftsmanship throughout the country – and has noticed strong support from customers.

Michael said: “Seeing the struggles that local businesses have faced with global competitors, Brexit and Covid, I think people really want to do their best to help that situation by buying more British produce.

“The report is certainly indicative of our own experience. We’ve seen strong sales over the last few months and we can definitely see increasing demand for British goods, whether that’s jewellery or homeware, wine or gifts.”

He said his website had seen strong sales in recent weeks. Michael added: “Previously, I think people found it difficult to find and buy British-made products, but that’s changing.”