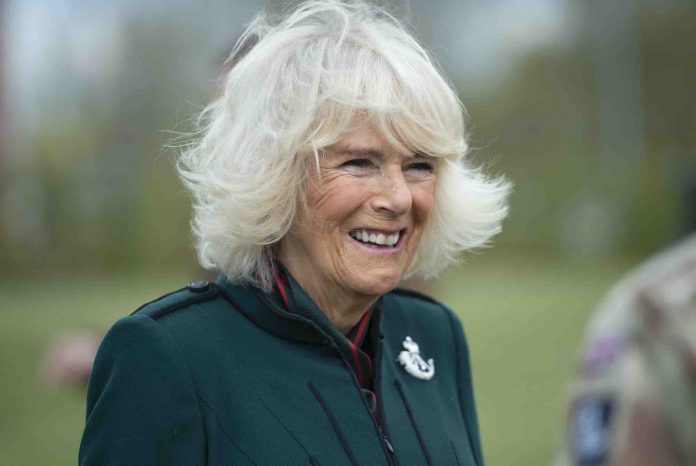 The Duchess of Cornwall has confessed to having a “half-hug” with her grandchildren after she got her second coronavirus vaccine, and restrictions partly eased.

Camilla, 73, has five grandchildren from her previous marriage to Andrew Parker Bowles, and has spoken during the pandemic about how much she is missing them.

She revealed that she has now been able to see them after restrictions eased allowing outdoor meet-ups of two households.

Asked if she’d been able to hug them, she told The Telegraph: “I have been able to. I have had a hug. I am doubly jabbed so, umm, we’ve had a sort of half hug.”

She added: “You know, telephones and machines and these Zooms are fine, but nothing’s ever the same as being able to give somebody a good hug. I’m waiting for the final date when we can actually go into each other’s homes, to be able to sit down and have a proper lunch and, you know, just have a proper life again.

“I think we’ll all be absolutely thrilled to be together with our grandchildren again. I mean just to be able to go and collect them from school would be so nice instead of waving from miles away…”

In July last year the duchess talked about missing her grandchildren when she guest edited Radio 5’s Emma Barnett show.

She said: “You’re so excited because you haven’t seen them for three-and-a-half months. Your first reaction is to run up and hug them, and you have to sort of put up your hands. It’s a very odd feeling.”

And her husband, Prince Charles, expressed similar feelings a month earlier, telling Sky News about being apart from his family during the first lockdown.

He said: “Well it’s terribly sad, let alone ones friends. But fortunately, at least you can speak to them on telephones and occasionally do this sort of thing.

“But it isn’t the same is it. You really want to give people a hug.”

Speaking to The Telegraph, during one of her first engagements since the Duke of Edinburgh’s funeral in mid-April, the duchess also voiced her frustration with wearing masks, calling them “wretched things” and with the changing restrictions.

She said: “One minute they tell us one thing and the next minute they say ‘nope sorry’ – we are going to be able to go away, aren’t we? But I think step one is just being able to join together as a family and just eat food together, and talk and laugh.”

Camilla was speaking during a visit to a domestic abuse refuge in Reading, as part of her work with charities like SafeLives, of which she is patron.

The visit had to be held behind closed doors to protect the location of the refuge.

She’s also been back at engagements in public, visiting the 5th Battalion of The Rifles on Friday, of which she is Colonel-in-Chief.

The duchess took over the role from Prince Philip in July 2020.