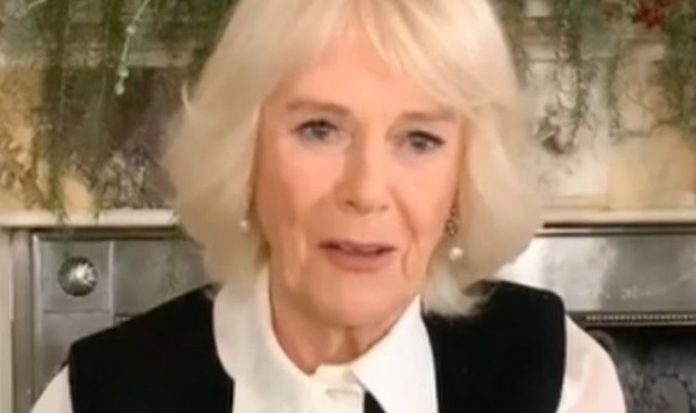 Strictly Come Dancing’s 2020 series ended with a bang as millions of Britons tuned in to watch the final, where comedian Bill Bailey won. During one segment in which members of the public sent in videos about why they loved the BBC show, an unexpected royal face popped up. Camilla, Duchess of Cornwall, left viewers surprised as a virtual message she had pre-recorded was played.

In the clip, the Duchess said: “I think it’s just lifted our spirits, it’s lifted the whole country’s spirits.

“I’m very excited, I know who I’ll be voting for.

“I’d like, on behalf of everybody who watches Strictly, to say an enormous thank you to everybody.

“Everybody who’s been involved in this production, in this particularly difficult year, you have given everybody so much pleasure, and you’ve uplifted the nation.”

Many people took to Twitter to speculate over who she voted for.

Lynne Bateson was interested in the royal’s favourite: “The big Strictly question is who did Camilla vote for?”

Another Twitter user speculated: “Camilla’s voting for Bill, isn’t she?”

Siobhan added: “Awesome that they got Camilla on the show.”

Stewart expressed his excitement too: “OMG CAMILLA! I knew you were one of us!!!!!!”