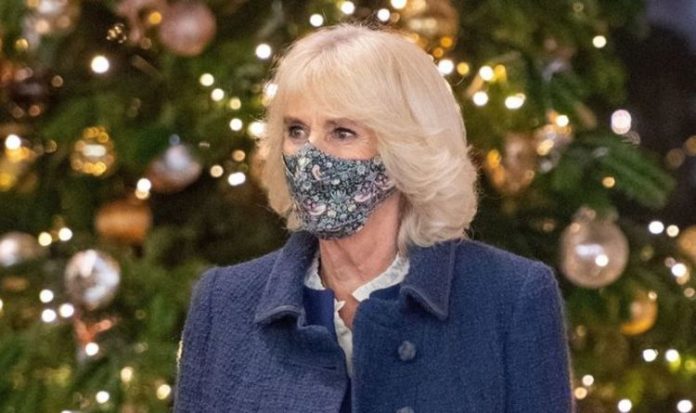 Her starring role has already been pre-recorded, according to The Mail on Sunday.

Stephanie McAlpine, the Chair of Maggie’s Carol Committee said: “The Duchess is super supportive of the charity.

“We initially asked if she would like to record a welcome and were delighted when she offered to do a reading.

“I sent her several suggestions but they came back to us and said, ‘Do you mind if she reads Christmas because it’s one of her favourites’.”

The concert will take place online and features a number of performers and celebrity speakers.

Scottish singer Lulu has recorded a version of Amazing Grace for the event and the composer Eric Whitacre has written a new choral piece for the occasion.

Camilla has been President of the charity since 2008 and conducted a royal visit at Maggie’s Barts in October.

She visited St Bartholomew’s Hospital in East London for a tour of the charity’s facilities and to hear how patients and staff have coped with the pandemic.

Maggie’s runs 26 support centres for cancer patients and their loves ones in hospital sites across the country.

The first centre opened in Edinburgh in 1996 and they provide free support and information both in person and online.

Talking about the centres previously, Camilla said: “It’s the atmosphere at Maggie’s when you walk in.

“I’ve walked into so many centres and whatever the difference in architecture is, there’s always the same welcoming feeling inside.”