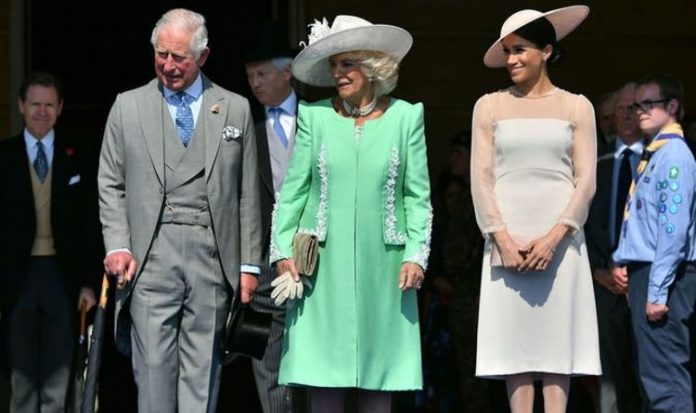 It is understood Camilla had told Meghan that she should focus on the positives of her new role. Camilla, 73, is said to have described how she had been treated by the press following the death of Diana, Princess of Wales and how she had coped with the pressure amid waves of negative headlines. A friend of Meghan’s told a Sunday newspaper: “She was very sensitive to Meghan and provided her with support, advising her to ride out the storm and that it would all pass – but ultimately Meghan didn’t listen.”

Last year Meghan complained that she had received little support since moving to Britain saying: “Not many people have asked if I’m okay.”

But Meghan’s friend said: “Meg was really grateful to Camilla who was very supportive and invited her out for private lunches, particularly around the time of her marriage.

“She listened to her and understood that it’s really difficult joining the Royal Family from an otherwise normal life.

“Much like Meghan, Camilla had experienced a lot of negative press and hostility from courtiers due to her relationship with Charles when he was still married to Diana.”

Camilla was blamed by many for the breakdown of Prince Charles’s marriage and, after the death of Diana, Princess of Wales on August 31, 1997, received widespread criticism.

When the Duchess of Cambridge married Prince William in 2013, Camilla is said to have taken Kate out to lunch to offer similar help and advice.

A palace aide said: “The Duchess of Cornwall does understand what it’s like to come from a normal life and then land in the completely extraordinary world that the Royal Family exist in.

“So she tries very hard to make people welcome and help them find their feet. Her offering to mentor and guide is something she really tries to do. That applies to many people – not just the Duchesses of Cambridge and Sussex.”