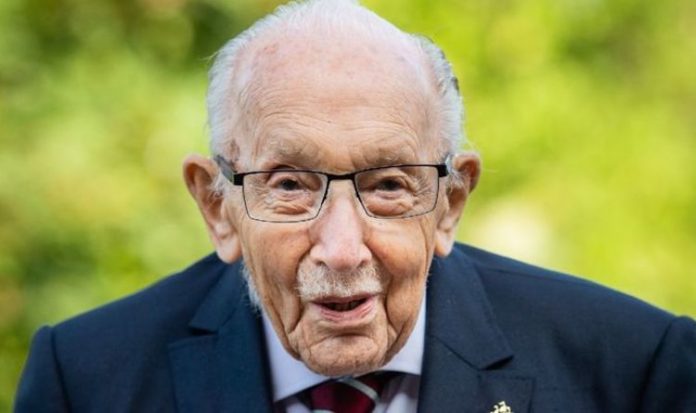 Journalist Dame Esther Rantzen insisted that the passing of Sir Captain Tom Moore, to coronavirus, has helped emphasise the importance of the elderly. While speaking on TimesRadio, she insisted that there was a wealth of knowledge and personality that could be seen from the older generation. She also praised Sir Tom for his charm and modesty while being thanked by the nation for his herculean NHS charity efforts.

She insisted more needed to be done to combat loneliness and insisted the world needed to continue to appreciate the words of the elderly as she claimed “they still have so much to give us.”

Dame Esther said: “There were so many wonderful things about him, his humour, his modesty and the way he thanked everyone else when everyone was paying tribute to him.

“I think he reminded the world, not just Britain, what a wonderful treasure trove of personal qualities we have in the older generation.

“I listen to callers of our Silver Line helpline, telling me that they feel they are past their sell-by date, they don’t want to be a burden and everybody else is so busy.

“They feel that if they reach out for company they will be rejected.

“With such low self-esteem, because loneliness does that to you, I think he was the embodiment of the opposite.

“That we need to treasure our older generation, that they have done so much for us, during the second world war and in his family and business life.

“They still have so much to give and it is a very welcomed reminder.”

On Sunday last week, Sir Tom was taken into hospital and tested positive for COVID-19 while also battling pneumonia.

He was later confirmed to have died on the 2nd of February and a statement was released by his family.

The Prime Minister encouraged the nation to take part in a clap in honour of the veteran at 6 pm on Wednesday evening.