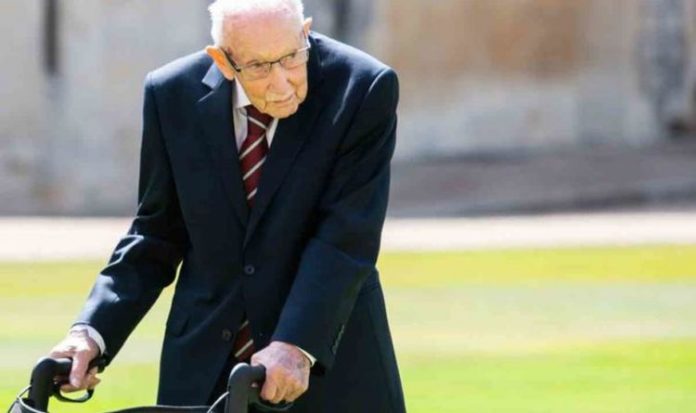 Sir Captain Tom Moore died in hospital today from coronavirus. The Queen led tributes to him for, “the inspiration he provided for the whole nation and others across the world”. The army veteran had walked 100 laps of his garden during the first lockdown to raise money for NHS Charities Together.

Sir Tom was knighted by the Queen at a ceremony at Windsor Castle.

“Her thoughts, and those of the royal family, are with them, recognising the inspiration he provided for the whole nation and others across the world.”

Prime Minister Boris Johnson also made a statement where he said: “Captain Sir Tom Moore was a hero in the truest sense of the word.

“He became not just a national inspiration but a beacon of hope for the world. Our thoughts are with his daughter Hannah and all his family.”