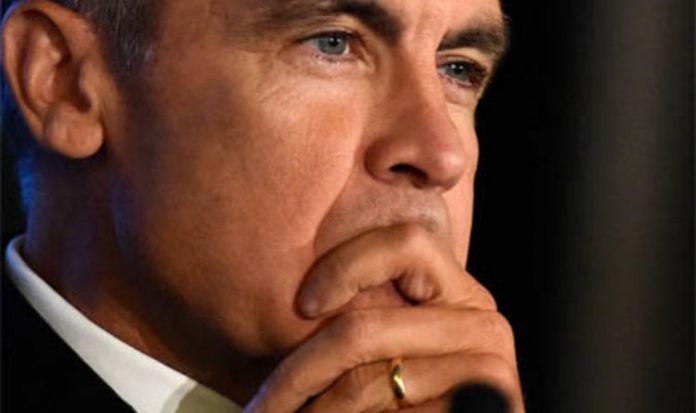 But he also warned of rising inflation, increased unemployment and a 35 per cent fall in house prices if Britain left the EU next year with no deal.

One Cabinet source said: “Carney said that we would recover three-quarters of the growth lost after the 2016 referendum because Chequers would imply more access to the European market than under current assumptions.”

But Mr Carney’s no-deal warning prompted calls for him to step down for somebody who believes in Brexit and can get their predictions right.

It echoed his role in the Project Fear campaign during the referendum where he was part of the unsuccessful attempt to scare voters into backing Remain.

“It is incredible that he is talking down the future of the country based on no evidence. His predictions prior to the referendum were all wrong so why on earth would people believe somebody who was wrong before?”

Mr Bone said it was a mistake by Chancellor Philip Hammond to extend Mr Carney’s stay as Governor until 2020.

He said: “When his predictions are so far out before the referendum why do you want to keep someone who was so wrong and clearly doesn’t believe in Brexit?

“We need somebody as Governor who believes in Brexit and can get his predictions right.”

Allies of Mrs May were also angry.

One said: “We’re trying to show the rest of the EU we’re ready for a no-deal scenario, so that wasn’t exactly helpful.”