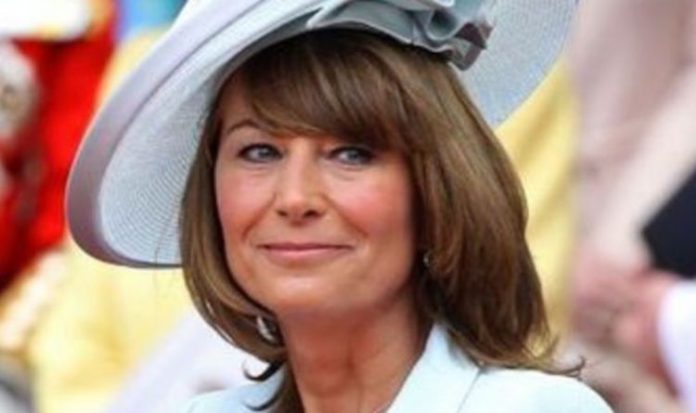 The Duchess of Cambridge’s mother was sure to keep news of the royal couples’ relationship under wraps. Carole decided to call up members of the Middleton clan to warn them against accidentally letting slip Kate was dating Prince William. In the Channel 5 documentary, “When the Middletons Met the Monarchy”, palace insiders revealed how the secret was kept strictly need-to-know thanks to Carole Middleton.

Kate’s biographer Claudia Joseph explained how Carole urged relatives to “be on their guard” should they be questioned about Kate’s relationship.

Ms Joseph told the programme: “When William and Kate began dating, Carole actually phoned members of the family to tell them to be on their guard.”

“I mean they must have been dying to tell people, you know are daughter is dating Prince William

“But I think they kept it to a very tight circle,” added royal correspondent Jennie Bond.

JUST IN: Queen ‘wanted nobody to forget Michelle Obama visit’ as she touched ex-FLOTUS

Despite Carole’s best efforts to keep the affair quiet, the press were soon on the story.

The Duke of Cambridge became so concerned for the safety of his fianceé, that he set up a hotline to his father’s press officer, Paddy Harverson.

This would enable Kate to navigate the pitfalls of dealing with the intense media pursuit and public scrutiny that her new position now brought with it.

In her book ‘Kate: The Future Queen’, Ms Nicholl writes that a senior press officer told her: “We had been introduced to Kate early on, and we were instructed from the outset to give her every support possible.

In the Channel 5 documentary, Pub landlord John Haley recalled the charming way Kate introduced him to her future husband.

“She said ‘Oh this is William, William, John’, and I shook hands, said ‘nice to meet you’.

“They were just in the conservatory, having a meal. The press came in the front but they didn’t even know they were there.”