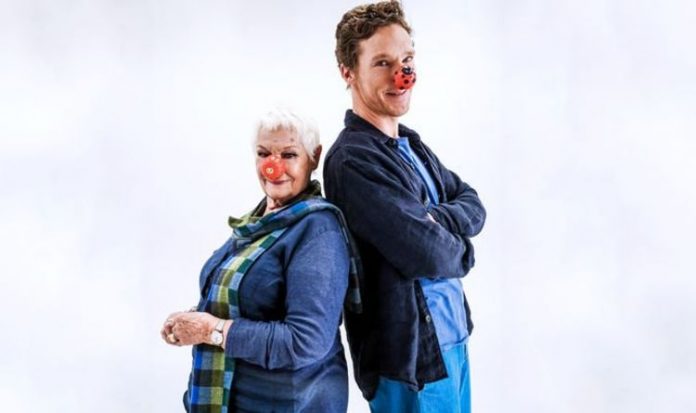 And their target is this year’s Red Nose Day which hopes once again to raise millions of pounds for charity and provide a bit of light relief to a nation in lockdown. Dame Judi Dench and Benedict Cumberbatch, who have played the two iconic characters, donned red noses to get the campaign off to a flying start, along with founder Sir Lenny Henry, left. And the hooters are in a brand new style of environmentally friendly designs featuring wildlife from ladybirds to foxes.

Dame Judi said: “Red Nose Day is something we can all enjoy, and goodness knows during this lockdown everyone has relied so much on television and seeing as many films as they can.

“I look forward to it enormously. I hope we all have a wonderful laugh and at the same time donate something as it goes to a very, very good cause.”

Sir Lenny said: “We all need cheering up, so this year Red Nose Day will be a bit different.”

The stars have appeared in a short film in which they discuss how comedy has helped them in their lives. The video also features Comic Relief projects such as an initiative in Glasgow which aims to combat loneliness.

Money raised this year will go towards tackling issues such as homelessness, domestic abuse and the stigma around mental health.

Funds will also be donated to support those affected by the coronavirus pandemic.

The programme will feature Dawn French in a special segment of The Vicar Of Dibley. Comic Relief has raised more than £1.4billion over 35 years.

●Noses can be bought in Sainsbury’s or at comicrelief.com. Red Nose Day will take place on March 19.