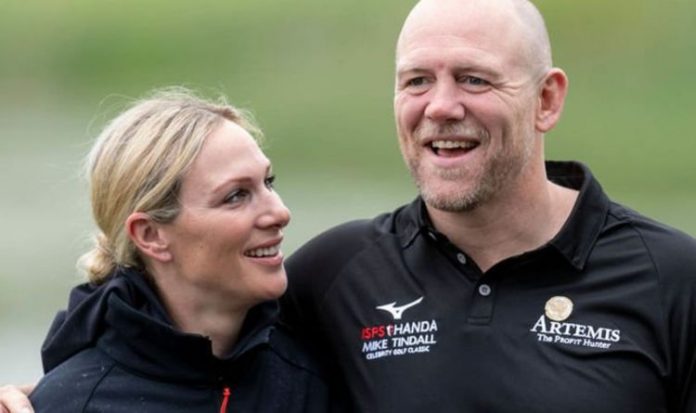 Zara and Mike are gearing up to welcome their third child. While they are excited to get to know the little one, they have taken the decision not to learn the sex of the baby before its birth.

Mike revealed both he and Zara want to have a boy – but they would be happy either way.

He told The Times: “It was always an interesting question whether we’d go for a third and I think both of us wanted a boy, so hopefully we’ll get one.

“We’re not finding out — I think it’s better that way.

“At the end of the day, you’re just happy if it’s got ten fingers and ten toes and it’s healthy.

“And Mia’s such a daddy’s girl, it’s been brilliant. I’ve loved having girls.”

Mike and Zara are already the parents of Mia, seven, and Lena, two.

Breaking with royal protocol, the former rugby champion announced Zara’s pregnancy during an episode of the podcast he co-hosts – The Good, The Bad & The Rugby.

Mike candidly said: “It’s been a good week for me, had a little scan last week – third Tindall on its way.”

Speaking about the future baby, Mike confessed he was hoping for a baby boy.

The new baby Tindall won’t have a royal title, much like its siblings and mother.

Princess Anne famously decided against giving Peter Phillips and Zara a royal title upon their birth, a move which has granted them more freedom to live their lives privately and pursue the careers they preferred.

The Princess Royal acknowledged the impact her decision had on the lives of her children in a rare interview with Vanity Fair marking her 70th birthday.

Princess Anne said: “I think it was probably easier for them, and I think most people would argue that there are downsides to having titles.

While Zara doesn’t bear a royal title, the Tindalls remain tightly linked to the Royal Family – something which has “its benefits and it has its negatives”, according to Mike.

He said: “You think about what you do and you have to be aware of it but it doesn’t necessarily dictate.

Zara and her children are also included in the line of succession to the throne.

The Olympian was sixth in the line of succession when she was born, but was steadily pushed down by the birth of Prince Charles’s children and grandchildren and Prince Andrew’s daughters.

Now, Zara is 18th in line, followed by Mia and Lena.