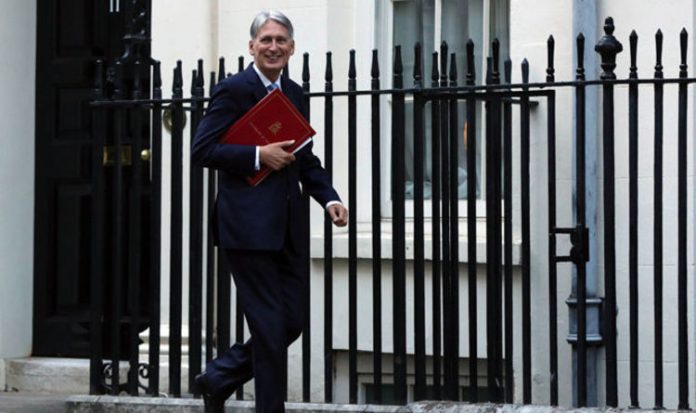 Mr Hammond will now deliver the budget on Monday October 29, earlier than usual, as the Government prepares for a crucial Brexit summit in November.

Chancellors normally deliver their autumn statements on the budget in November but EU leaders are due to hold a special summit on November 17 and 18 to thrash out the terms of Britain’s exit from the bloc if sufficient progress in negotiations has been made by then.

He said: “I’m pleased to announce the Budget will take place on October 29.

“I’ll set out how our balanced approach is getting debt falling while supporting our vital public services, and how we are building a stronger, more prosperous economy.”

It is the first time since 1962 the Government has unveiled its set-piece tax and spending plans on a Monday, leaving some observers to question if the traditional Wednesday is being avoided because it is also Halloween.

The Treasury said the timing allowed parliament more time to debate the budget measures before the Commons rose for recess on November 6.

It said in a statement: “This will set out the government’s plan to build a stronger, more prosperous, economy, building on the recent spring statement and last year’s budget.”

He said: “The Brexit negotiations are entering their decisive phase. Various scenarios are still possible today but I’d like to stress that some of Prime Minister May’s proposals from Chequers indicated positive evolution in the UK’s approach.

“There is perhaps more hope but there is surely less and less time.

“Every day that is left we must use for talks. I’d like to finalise them still this autumn.”

Mrs May has already insisted extending the deadlocked talks beyond November is “not an option”.

Mr Hammond is coming under pressure from within the Conservative Party to ease his grip on public spending to counter the frustration of many voters with nearly a decade of spending cuts to many areas of public services and Theresa May has already promised a big increase in the budget for the NHS.

Mr Hammond has prioritised cutting public debt as a share of Britain’s economic output, saying it could prevent the government from countering any future economic downturn with fresh stimulus spending.