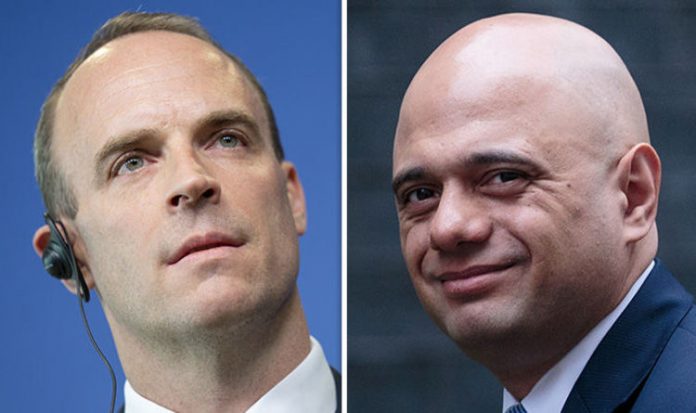 At least four MPs are said to be backing the Canada arrangement instead of a no-deal, which Theresa May has threatened if the EU does not bend from its hardline stance.

A leaked document has offered an insight into the preparations underway aimed at keeping Britain afloat in the absence of a withdrawal agreement, with Mrs May telling a summit of business leaders yesterday she “didn’t know” where negotiations would end up.

Ministers are concerned at Mrs May’s vow to take the UK out of the bloc on March 29 without a deal if her Chequers proposals, which European Council President Donald Tusk told last week’s Salzburg summit “will not work”, are rejected once again another summit scheduled for October 18.

Instead, they would like her to back a Canada-style free trade deal which would enable mostly tariff-free trade in goods with the EU – although more restrictions on the movement of services.

One source told The Times: “We don’t want a no-deal and lots of people think her tactic means we can get there by accident.

“We think that a Canada deal is better than no deal.”


I think a bad deal will be a deal, for example, that broke up the United Kingdom

However, to complicate the situation, no clear solution has yet been floated which would resolve the question of the border between Northern Ireland and the Irish Republic, arguably the biggest impediment to securing a workable deal.

Speaking on Tuesday, Mrs May said a Canada-type arrangement would mean a hard border and would therefore trigger the EU’s backstop clause, which would keep Northern Ireland within elements of the customs union and single market.

This in turn would mean a customs border in the Irish Sea, with the Democratic Unionist Party (DUP) MPs who prop up Mrs May’s Government likely withdrawing their support as a result.

Theresa May appeared to rule the idea out as a “bad deal” yesterday (Image: GETTY)

“What we’ve put on the table is a good deal. It’s a deal that retains the unity of the United Kingdom, our constitutional integrity.

She followed this up by telling the Bloomberg Business Summit in New York yesterday: “We don’t know when negotiations will end.

“We have to ensure we’re prepared for any eventuality.

“My job is to ensure we’ve put in place the steps that make sure that if it is that worst-case scenario we will still make a success of it.”

An agenda leaked after a private session at which envoys discussed ways of keeping aircraft flying, medicine supplies moving and ports in the event of a no-deal scenario gave an indication of the intensity of the activity going on behind the scenes.

It said: “Preparedness work has to intensify in the months ahead, at national as well as EU level, as uncertainty remains about the outcome of the negotiations and the ratification of a possible deal.”

Ms Rudd said yesterday there were circumstances in which she could be persuaded to back a second vote.

She said: “No deal is something parliament would object to.

“A people’s vote is something that could result from an impasse.

“Is it preferable to no deal, absolutely.”