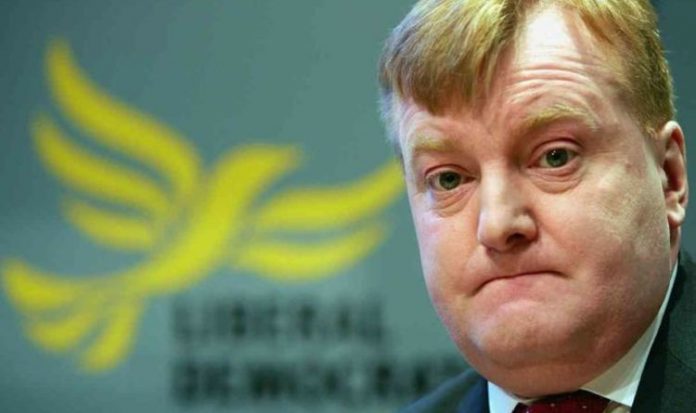 A new documentary tells how Mr Kennedy suffered “naked abuse and denigration” before his death six years ago. Mr Kennedy died in 2015 of a haemorrhage caused by alcoholism at the age of 55. Friends and former colleagues said that he was subjected to a targeted and vociferous campaign against him during the 2015 election in Ross, Skye, and Lochaber.

The campaign of abuse “surprised and really worried him”, according to his close friend James Gurling.

Mr Kennedy’s former brother-in-law Mr Gurling said: “The level of anger and vociferous nature of the campaign surprised and really worried him.

“When you’ve got anonymous notes being left on your car or things put through your letterbox unsigned but highly aggressive, you begin to wonder what’s in those people’s minds.”

A friend of Mr Kennedy, Mary Ann Kennedy, said it is “wrong to say the SNP was against Charles Kennedy”.

However, she added: “There was a petty, malicious group which undermined him, devising an election campaign which was shameful.”

At that time Mr Kennedy was pitted against Mr Blackford, now the leader of the SNP group in Westminster.

Mr Kennedy found himself constantly abused on social media and at his constituency office.

SNP Brian Smith, Mr Blackford’s constituency convener, was forced to quit the Scottish nationalist party on the morning of Mr Kennedy’s funeral because it emerged he had sent messages accusing the former Liberal Democrat leader of being a “drunken slob”.

“A lot of it was about demonising me as SNP candidate.”

Mr Kennedy eventually lost to Mr Blackford in the SNP landslide victory of that year.

Mr Blackford was previously accused of leading a campaign that “unleashed a torrent of abuse” against Mr Kennedy.

The constant bullying has been revealed by friends and colleagues in the new documentary.

The documentary will be aired on BBC Alba and called Tearlach Ceannadach/ Charles Kennedy: A Good Man Speaking.

The programme will be broadcast tonight at 9 pm.

Express.co.uk has contacted the SNP offering the party an opportunity to respond.