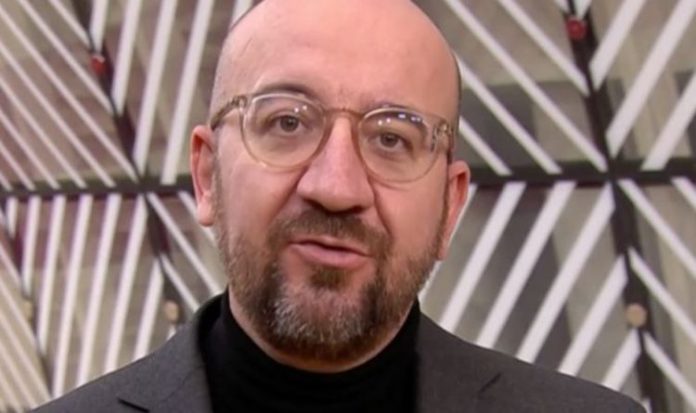 Charles Michel said the issue of fisheries remained “essential” to the European Union as much as the level playing field and state aid. Mr Michel said the bloc has maintained a “clear” mandate through the negotiations and will keep talking to the UK to ensure Brussels’ rights are protected. The European Council leader said: “Brexit is not going to be the most important point of the summit.

“We will have the opportunity to have a brief report from the European Commission.

“Negotiations are still ongoing, we have maintained a clear mandate on the basis of which the negotiator represents the interests of the union.

“You know economic fair-play, governance, the issue of respecting the withdrawal agreement and the question of fisheries are essential.

EU leaders have come together in Brussels for their monthly summit but Brexit is not expected to be at the forefront of the discussions due to the pressing division the bloc faces on the common budget.

The meeting comes after Boris Johnson flew to Belgium on Wednesday evening to discuss with European Commission President Ursula von der Leyen the remaining divergences keeping the UK and the EU from agreeing to a trade deal.

The two sides have agreed to continue talks until Sunday in a bid to reach a “final decision” on the future relationship between Britain and Brussels at the end of the transition period.