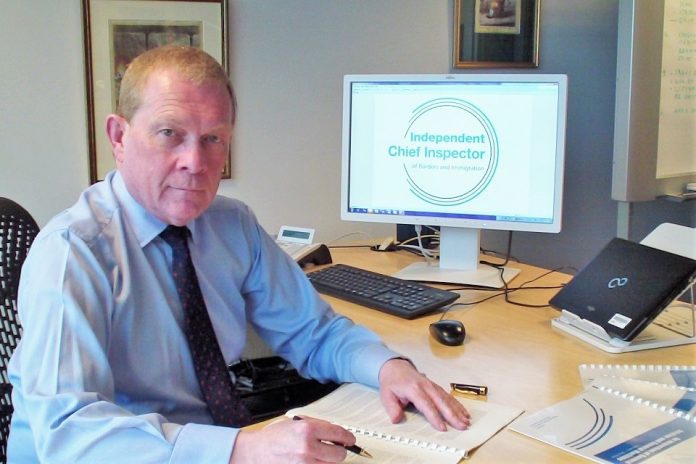 My Annual Report sets out what ICIBI achieved during 2019-20. Inspections are a collaborative effort, and I am grateful to everyone who contributed over the course of the year: Home Office staff, stakeholders and, of course, my own team.

Individually and collectively, I believe that the inspections we produced helped to shine a light on where improvements in the borders and immigration system are needed. Few of these are “quick fixes”. As in previous years, the inspections pointed to deep-rooted problems with capacity, capabilities and approaches, requiring a co-ordinated and sustained improvement strategy in which the Home Office focuses on getting “the basics” right: creating and maintaining accurate and retrievable records; quality assuring decisions; generating and making use of reliable data and management information to inform policies, priorities and performance; communicating clearly (which includes listening) to staff and the users of its services; and developing the right tools and IT to support its business.

I hope that the department’s response to the ‘Windrush Lessons Learned Report’ will be the catalyst for this.

I have tried in my Annual Reports to explain why I am concerned about delays to the publication of inspection reports. In 2019-20, these delays became significantly longer. Since April 2020, four reports have been published, one of which was a year old. Currently, three more reports have been with the Home Office for between 34 and 17 weeks. Four further reports will be completed and sent to the Home Secretary this month.

While I recognise that since March circumstances have been especially difficult, in order to demonstrate that it is genuinely open to independent scrutiny, the Home Office needs to get back to a position where inspection reports, together with the department’s response, are published within eight weeks. My term as Independent Chief Inspector is due to end in October 2020, but I hope that the Home Office will reaffirm its commitment to this when appointing my successor and that delays will become the exception rather than the rule.