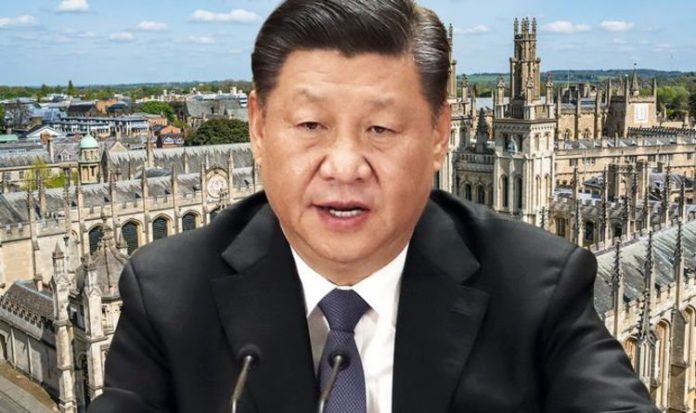 Students specialising in studies on China, or with ties to the state or Hong Kong, will be asked to submit work anonymously. This will continue into classes and group tutorials in order to protect them from the law. Students have also been warned not to record classes or share them with third parties amid concerns over the far-reaching powers of the new security law.

The Hong Kong security law was imposed on the state on June 30 following persistent pro-democracy protests.

However, the law sparked controversy over the removal of certain freedoms agreed between the UK and China.

Crucially, the law criminalises any act of terrorism, subversion or collusion with foreign or external forces.

Any of these can bring a maximum sentence of life in prison.

How is Boris Johnson handling the coronavirus pandemic? Vote in our poll

Patricia Thornton, associate professor of Chinese politics at Oxford University, told The Guardian: “The entire spirit of the tutorial, which rests on collective critical inquiry, rises or falls on the ability of the institution to guarantee free speech, freedom of expression and academic freedom for all.

Universities UK, the vice-chancellor’s group, is to hold talks with Chinese scholars to discuss the national security law next month.

Universities in the US have also moved to protect their students with measures similar to what is being used at Oxford University.

She said: “There is a great deal of concern about the new national security legislation in Hong Kong and its impact on freedom of expression.

“The offences newly introduced by this law are worded vaguely, leading to the fear that any criticism of the government could be treated as a criminal offence.

“There is also concern about the institutions set up to implement the law.

“There is also the risk that an individual’s case can be transferred to the mainland where the legal process is deeply flawed.”

Following the imposition of the legislation, Tory MP for Tonbridge and Malling, Tom Tugendhat had previously expressed his concern from freedom of speech at British universities.