The figure is part of nearly 12 agreements brokered with companies allegedly linked to the Chinese Communist Party (CCP). It comes after the UK’s Business, Energy and Industrial Strategy (BEIS) Committee announced an evidence hearing for November to find out which products in the UK may have been produced by forced labour imposed on Uighur Muslims by the Chinese state.

PPE became a crucial supply for Britain’s public services as health staff and transport operators required them in order to continue working after the pandemic hit.

However, the fact that hundreds millions of pounds’ worth of supplies had been bought from China has sparked anger amongst MPs who believe the UK should distance itself from Beijing, The Telegraph has claimed.

Criticism of China by UK officials follows the CCP’s human rights abuses towards Uighur Muslims as well as the party’s controversial security law imposed on Hong Kong this year.

Tom Tugendhat, Conservative chairman of the Foreign Affairs select committee, said recently: “We should be cooperating with China but that doesn’t mean we should be dependent on China.”

In July this year, it was revealed the UK Treasury set aside over £15 billion in order to purchase PPE for frontline NHS staff.

Last month, the BEIS Committee agreed to hold an evidence session on the topic of the involvement of forced labour in the UK’s supply chains.

“There has been a wave of stories of ethnic cleansing of Uighurs in Xinjiang and also of the use of restrictive and oppressive measures employed by the Chinese authorities against ethnic minorities in the province.”

Earlier this month, Foreign Secretary Dominic Raab suggested the UK could pull out of the Beijing Winter Olympics in 2022 over China’s treatment of the Uighur Muslim community.

Mr Raab said it was his “instinct” to “separate sport from diplomacy” during a Foreign Affairs Select Committee meeting.

However, he added: “But there comes a point where that may not be possible.”

Mr Raab said: “I think the concerns of what’s happening to the Uighurs – the detention, the mistreatment, the forced sterilisation – is something that we cannot just turn away from.”

According to The Telegraph’s investigation into the UK’s PPE supply, a number of companies linked to the Chinese state were offered deals varying in price.

Beijing Union Glory Investment – a state-linked exporter – was awarded nearly £100m worth of contracts between April and May.

In another case, the Department of Health in Northern Ireland agreed a deal worth between £60m and £170m for PPE from a company owned by China Resources – described as a ‘state conglomerate’. 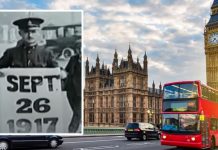 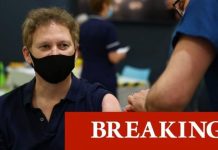 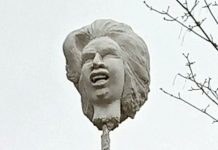