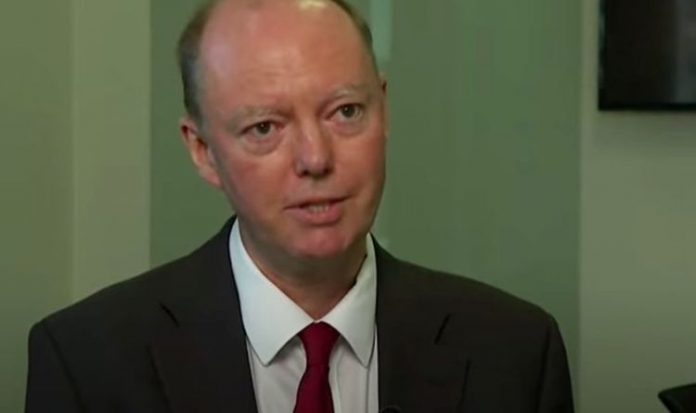 Professor Chris Whitty outlined the UK’s plan for coronavirus vaccinations as he clashed with BBC host Nick Robinson. England’s Chief Medical Officer was being grilled over whether it would make sense to prioritise teachers in the vaccine rollout. Speaking on Radio 4’s Today show, he tried to “give a serious answer” and explain the thinking behind the process so far.

Professor Whitty told listeners that the rollout is focusing first on people at highest risk of dying from the virus.

However, Mr Robinson interjected: “My question is whether teachers should be moved up the list, and possibly other groups as well.”

The Chief Medical Officer shot back: “I’m trying to give you a serious answer to the question.

“It’s a very sensible question obviously since teachers are a critical part of society.”

He continued: “Teachers are obviously a really critical part of society, as with all professions.

“They’re not at a greater risk of acquiring COVID than other professions are.

“But ministers would want to think about what the prioritisation is once we get through these initial groups, the ones who are at the greatest risk of dying or having severe disease and ending up in the NHS.

“So there will be some important choices that still leave the majority of the British population not in this initial wave.”