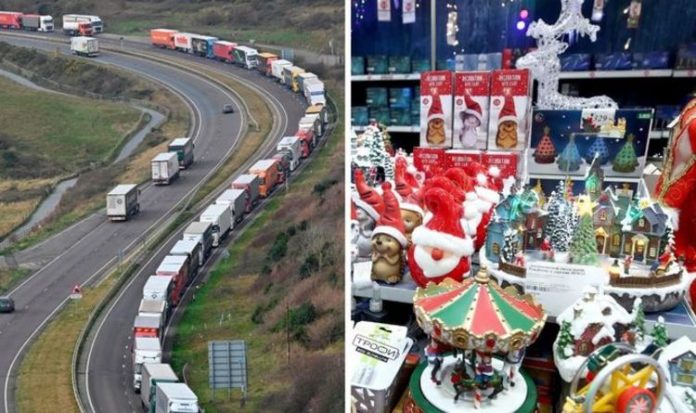 The toy industry is warning children may not receive their presents in time for Christmas, as toys ordered online face being stuck at UK ports. Thousands of presents could be missed, as blockages at ports such as Felixstowe, Suffolk, and Southampton have led to freight ships being diverted to Rotterdam in the Netherlands. As a result, many of the gifts will not make it back to the UK in time for Christmas.

The British Toy and Hobby Association has urged the Government to intervene in the matter, and ensure the goods arrive in time for Christmas.

A spokeswoman for the group said: “This is troubling for the toy industry who are under pressure to ensure children around the country get to open their exciting new toys on Christmas Day and into the New Year.

“We would urge the Government to help at this crucial time to save the festive season and alleviate blockages now, ahead of the UK’s departure from the EU.”

Toys may not be the only products affected by the gridlock, with electronic gadgets, flowers, food and bikes also set to be caught up in the port blockages.

Felixstowe, the biggest and busiest port of its kind in the UK, has already admitted that delays will last until early next year.

The port traditionally handles 3,000 vessels a year but berthing slots are hard to come by at the moment.

Last month it emerged a Taiwanese-owned ship had to unload its cargo in Rotterdam after being told it faced a 10-day wait to get a slot at Felixstowe.

Similar problems have been reported at Southampton, where earlier this week two shipping containers due to dock at the port had to be diverted elsewhere.

The shipping crisis has unfolded in response to the disruption caused by the early stages of the pandemic, as well as the surge in Christmas demand.

Brexit has also confounded matters, as the end of the EU transition period on December 31 has prompted a rush in the number of goods being shipped to the UK.

Experts warn the delays could be exacerbated in the New Year, after Britain leaves the EU transition period.

Groups representing shipping businesses, ports and logistics firms have warned the Government port congestion “could persist for some months”.

In a letter to Grant Shapps, delivered earlier this week, they said: “Although we are hopeful that the current peak of port congestion has passed, high volumes remain and could persist for some months, running into the period of the end of the EU transition. Therefore challenges remain.

“The current situation has arisen in part from imbalances that accumulated over months. Reversing this accumulation is not an overnight task.”

It added: “Additionally, UK factors such as the imminent end of the EU transition period may well bring disruption, at least in the short term; an area where more urgent work is required and where container movement has until very recently received little attention in the government’s planning.”

The letter, signed by nine organisations, called for the Government to ease the congestion by allowing lorries to operate on roads or increasing access to the rail network for freight trains.