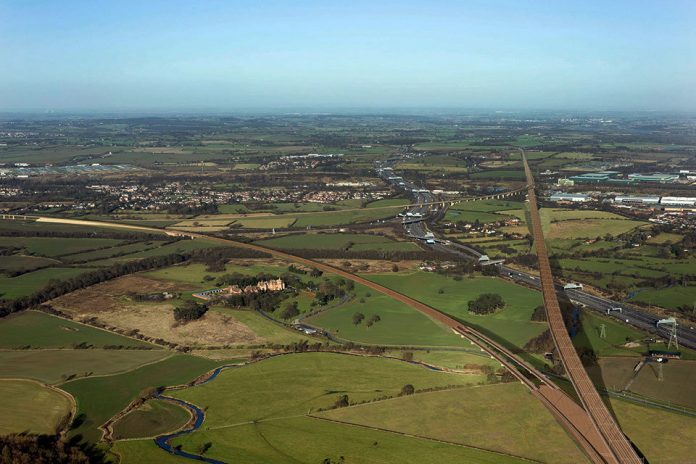 Expansion of Manchester’s Piccadilly and Airport stations and an extra rail connection from Crewe to the North are among a range of measures being proposed by HS2 Ltd today to facilitate better journeys between the North and Midlands.

The government body has launched a public consultation, seeking views on plans for the design of HS2’s Western Leg between Crewe and Manchester and how it can be linked up with Northern Powerhouse Rail (NPR) to deliver seamless integrated services across the country.

Also proposed is the construction of a new HS2 rolling stock depot in Annandale, Scotland, which would create up to 100 jobs in the local area.

The consultation has been launched following recommendations from the Oakervee Review to deliver HS2 in smaller sections and consider how best to deliver the project alongside other schemes through the development of an Integrated Rail Plan, with the aim of improving capacity and connectivity across the North and Midlands and delivering services more quickly and effectively to people across the UK.

HS2 and Northern Powerhouse Rail are an integral part of this country’s future rail network, vital for improving connections between our biggest cities and regions, boosting jobs and kickstarting economic growth as we build back better.

This consultation will ensure passengers and business have their say in delivering a rail network that meets their needs, providing better journeys across the Midlands and the North as quickly as possible.

The outcome of the consultation will also inform the development of the hybrid bill for HS2’s Western Leg before it’s introduced in parliament in early 2022.

It follows extensive work by the Department for Transport, HS2 Ltd and Transport for the North to propose infrastructure designs that will best integrate HS2 with NPR, reducing the amount of extra infrastructure required in the future.

This includes proposals to boost capacity in Manchester by doubling the number of platforms at the Airport station from 2 to 4 and increasing the number at Piccadilly from 4 to 6. In addition, an extra northern service from Crewe could see 5 to 7 HS2 trains per hour calling at the station, facilitating connections to NPR and bringing the vision of a Crewe Hub a step closer.

Alongside the new consultation, 3 additional Western Leg updates have been published today which also support the development of the Bill:

The response to the June 2019 consultation has confirmed 4 proposed changes to sections of the project in Manchester and Cheshire that will proceed subject to the outcome of the Integrated Rail Plan. In addition, further route updates for local areas on the Western Leg and new safeguarding directions have been published.

Work on HS2 Phase One from London to Birmingham is already well underway at over 250 active sites, stimulating the economy and set to create over 22,000 jobs through the approximately £10 billion worth of contracts already announced, two-thirds of which will go to small and medium-sized enterprises.

Legislation for Phase 2a, from Birmingham to Crewe, is currently being considered by Parliament.