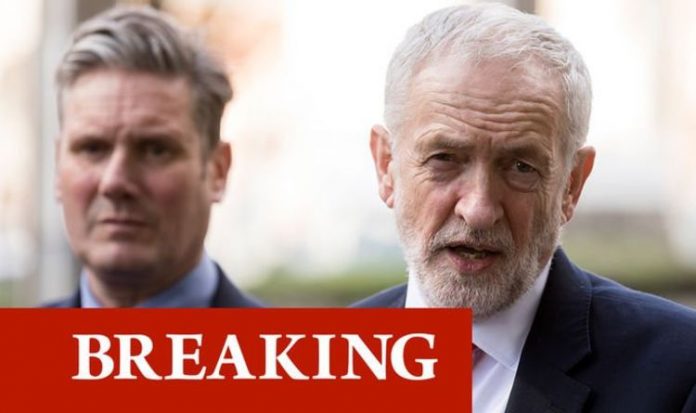 Sir Keir reinstated the former leader back to the party but decided to withhold the whip until he apologises for comments made in regards to a report into Anti-Semitism allegations within Labour.

Despite returning to the party, Mr Corbyn has not directly apologised for the claim that the report’s findings were overstated.

Mr Corbyn’s lawyers lodged an application to the high court this evening.

Instead of apologising for his comments on the report’s findings, Mr Corbyn released a statement stating he did not intend to cause offence from his comments.

Representatives from Mr Corbyn’s legal team are attempting to release evidence a deal was made by representatives within the party.

During two meetings – one in person and one on Zoom – the process around Mr Corbyn’s disciplinary process was formulated.

The Labour party has denied any agreement had been made on the outcome of Mr Corbyn’s departure.

A source said: “Any accusation that there was a deal or an attempt to determine the outcome of any disciplinary process is wrong.”

This was also denied by the Labour party.