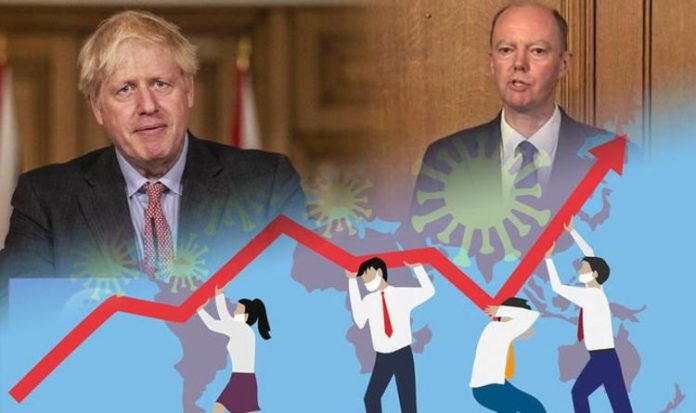 Sir Patrick defended his conclusions from last Monday at Downing Street on Wednesday.

He said: “The illustration was to point out that epidemics either double or halve, they’re either growing or shrinking.

“And doubling means things go very big very quickly. And when things double you see that exponential growth and there’s clearly fast growth in some areas.

“And unfortunately as we’ve seen not only cases going up, but we’re already seeing an increase in deaths. So things are heading in the wrong direction.

“The number of cases that we’re seeing now are picked up because there’s much more testing.

“The number of cases reported in March was almost an underestimate of the total.

”So it’s much more likely in March and April we were seeing 100,000 cases a day at certain times.”