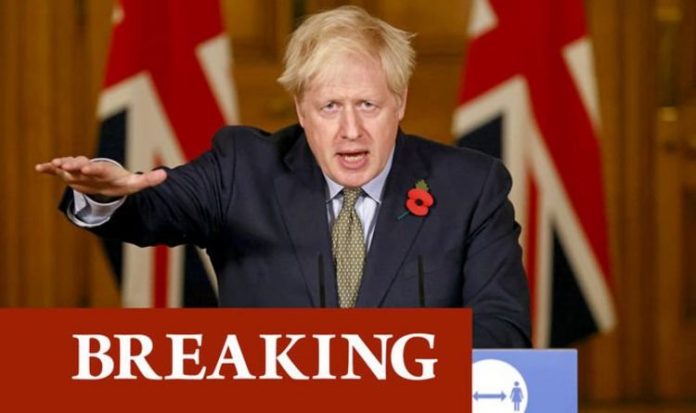 The Department for Health has confirmed a further 33,470 people have tested positive for COVID-19 as of 9am on Thursday. This figure represents an increase of more than almost a third on the previous day. On Wednesday the department confirmed 22,950 new cases of the virus.

The sharp rise comes a week to the day after England entered a new national lockdown.

The Government department is yet to release the updated number of fatalities, but yesterday the UK surpassed the bleak milestone on 50,000 deaths.

A further 595 deaths were recorded within 28 of a positive COVID-19 test – the highest daily figure since May 12 – sending the total number of fatalities to 50,365.

READ  Brexit trade deal down to the WIRE: PM insists October 16 is FINE for him | UK | News (Reports)