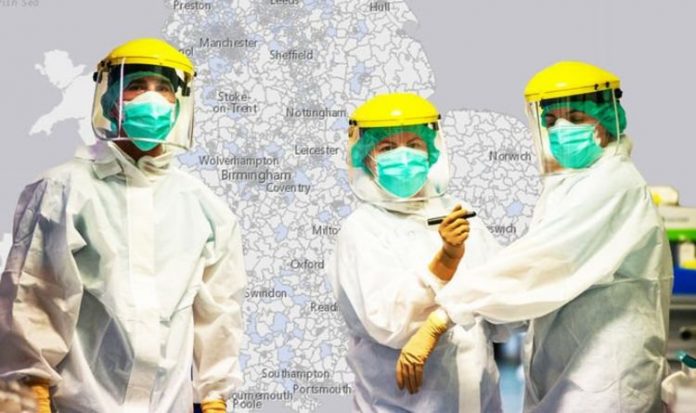 The same Government graph shows that, at the start of this month, England reported 1,910 daily cases, Scotland had 198, Northern Ireland recorded 72 and Wales had 57 cases.

A separate map from ARCGIS shows the spots in the UK where coronavirus cases are the highest as of September 6.

As it stands, most of these areas are situated in the Midlands, verging into the North.

Birmingham is the biggest hotspot, having recorded more than 40 cases in just one day in Greet & Sparkhill South and Springfield & Hall Green West, while other parts saw cases reach between 20 and 39.