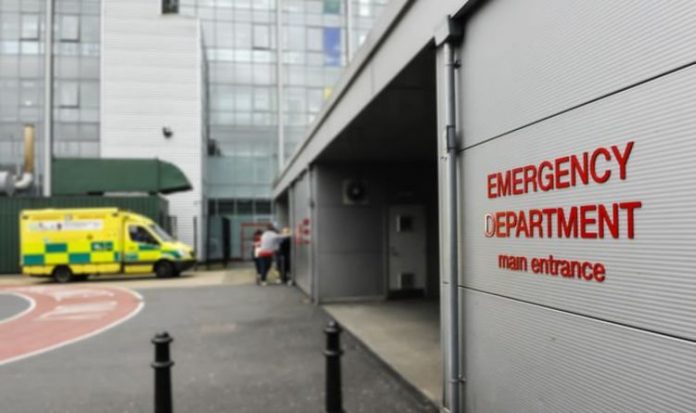 In total 595 daily deaths were announced yesterday, the highest since mid-May, along with 22,950 new cases. Prime Minister Boris Johnson said: “Every death is a tragedy and we mourn everybody who’s gone and our feelings are with their families and friends as well.” Official figures show 50,365 people have died within 28 days of a positive coronavirus test, with Britain the first country in Europe to hit the “grim milestone”. When counted by death certificates mentioning Covid-19, the figure rises to 61,648.

More than 1.2 million cases have been confirmed through testing since the outbreak began, and Mr Johnson said the virus’s terrible effects were “clearer and clearer”.

But he expressed hope that the coming months would be different, saying: “I do think that we have got now to a different phase in the way that we treat it.

“After these tough autumn measures – which I hope people will stick to really, really rigidly as far as they possibly can – we’re very much hoping that two things will start to come to our aid. Number one, the mass testing, the rapid turnaround testing. Then the other thing is now the realistic prospect of a vaccine. But I’ve got to stress that we’re not out of the woods yet, it does still require everybody to follow the guidance, do the right thing to suppress the disease in the way that we all understand.”

Labour leader Sir Keir Starmer described the death toll as a “grim milestone”, saying: “We’re the first in Europe to hit it. Behind these numbers is a devastated family, one for every death, and they have to be uppermost in our mind.”

Public Health England medical director Dr Yvonne Doyle said: “Sadly the upward trend is likely to continue and it will be several weeks before any impact of the current measures, and the sacrifices we are all making, is seen and is reflected in the data.

“By limiting contact with others you are helping to stop the spread of the virus. This will lead to fewer infections and help to save lives.”

The UK is the first country in Europe to pass 50,000 deaths. Only the USA, Brazil, India and Mexico have seen more lives lost.

Dr Bharat Pankhania, of the University of Exeter medical school, said the tragic toll raised questions about why the UK had fared so poorly.

He said: “It’s a moment to ask where and how we could have done better. A comparable country like Germany, with its bigger population, has managed this thing much better with fewer deaths per 100,000 population compared to the UK.

“Both are northern European countries, similar in many ways, and yet they have done considerably better than the UK.”

“As we look towards the hope of a vaccine it’s vital lessons are learned from the last nine months to ensure nothing on this scale happens again.

“A public inquiry must go over every step with a fine toothcomb, from testing issues and shortages of PPE, to the crisis in care homes and the delayed protection of the BAME community.”

Analysis by Cambridge University suggests around 64,200 new infections were occurring each day in England, down from a previous estimate of 77,600. But experts warned it was too early for the drop to be linked to the lockdown, saying it was probably caused by half-term.