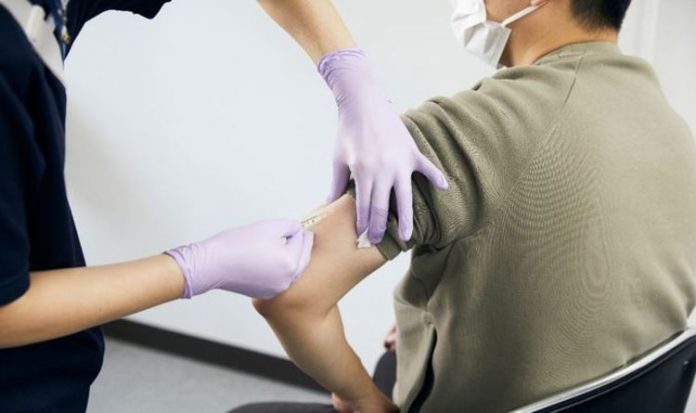 NHS England has told local leaders that each of England’s 42 health and care systems should have at least one mass immunisation site, the Health Service Journal (HSJ) said. Authorities in Kent said they hope to set up three such centres by December 1, where the vaccine will be given to care staff as a priority. Derby City Council confirmed that talks are ongoing with the Government to use Derby Arena as a temporary facility to administer a vaccine.

Professor Stephen Powis, national medical director for England, said the NHS is “working incredibly hard” to ensure it is ready to deliver the serums as soon as they have approval.

Derby council leader Chris Poulter said he was “delighted” the city’s arena was “being considered as a mass Covid-19 vaccination site”.

He added: “The potential roll-out of a Covid vaccine is a welcome step. We’re still in discussions about the practicalities but are very keen to facilitate this.”

Charnwood council said it was discussing plans to set up a site at its Loughborough offices in Leicestershire, which could open as early as the middle of next month.

A number of vaccines have entered final phases of testing as scientists race to protect the most vulnerable.

The UK has placed orders for 100 million doses of the Oxford vaccine – enough to protect most of the population – should it receive regulatory approval.

Researchers said yesterday it produced a strong immune response in those aged 60-plus.

And experts declared it could be a “game changer” in the effort to reach herd immunity.

The vaccine, developed with AstraZeneca, was shown to trigger a robust reaction in healthy adults aged 56 to 69 and people over 70.

The trial demonstrated similar responses across all age groups, including people aged 18 to 55. Scientists called the findings “encouraging” following trials with 560 volunteers.

The Oxford professor and study lead author added: “These first data are really encouraging, showing that we are getting very good immune responses, even in the over-70s, which looked very similar to those in younger adults.

“The other really important finding is that it’s much better tolerated as you get older.”

The study, which involved 240 participants over 70, found older people suffered fewer side effects than younger adults such as headaches, fevers and fatigue, the findings published in The Lancet showed.

Trial volunteers received two doses of the vaccine or a placebo meningitis serum.

No serious adverse health events related to the vaccine were observed in participants, who did not have underlying conditions.

Dr Maheshi Ramasamy, investigator at the Oxford Vaccine Group and consultant physician, said: “The robust antibody and T-cell responses seen in older people in our study are encouraging.

“The populations at greatest risk of serious Covid-19 disease include people with existing health conditions and older adults. We hope this means our vaccine will help to protect some of the most vulnerable people in society, but further research will be needed before we can be sure.”

Sarah Gilbert, lead researcher of the vaccine development programme and professor of vaccinology at the University of Oxford, was hopeful older people would not need to be vaccinated against the virus more than once a year.

She said: “What we don’t know yet is whether the very good immune responses we’re seeing in the older people will be maintained as long as they are in younger people.

“We didn’t see such good maintenance responses in the small early flu study, but that was after a single vaccination.

“Now we’re looking at giving people two vaccines, and then we’ll see how well those responses are maintained.”