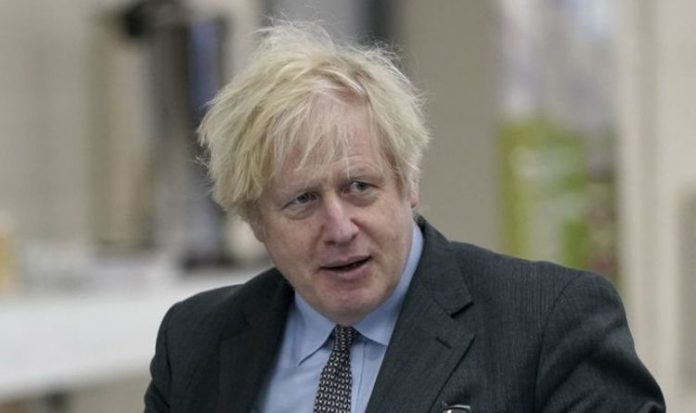 Mr Johnson has been informed by his chief medical officer, Professor Chris Whitty, that the peak of infections had now passed. With the peak of infections over, No10 is now planning to reopen schools in order to help children catch up after so much disruption in the last year. It comes amid news all adults across the UK may be vaccinated by May – well ahead of No10’s initial schedule.

Thanks to the successful vaccination programme, the Government is now able to proceed to the next vulnerable category, and will now offer appointments to the over-65s next week.

Chief among Mr Johnson’s aims is to reopen schools, and it is thought they will be able to do so on March 8, where it is hoped most of the priority groups will have been vaccinated with a first jab.

Prof Whitty has now informed the Prime Minister infections have now dropped to levels seen last year, after surging at the end of December due to the variant discovered in the South East of England.

One senior Government source told The Daily Telegraph: “The Prime Minister is really determined to get children’s education back on track and to make sure that those who have fallen behind don’t stay behind.

“We are going to make sure we give them the help to do that.”

According to Government figures, infections have dropped by 29.7 percent as of February 1 in comparison to the week ending January 25.

Whitehall has now hinted all adults may be offered a first jab of the vaccine by May, according to Sky’s Sam Coates.

JUST IN: Philip Hammond accuses Theresa May of ‘coup’ against Remainers

Public Health England (PHE) has stated parts of London, the West Midlands, the East of England, the South East and North West have active cases.

PHE has also identified 105 cases of the variant since December 22, although all cases have been contacted and instructed to self-isolate.

Health Secretary, Matt Hancock said on Monday: “This is a stark reminder the fight against this virus isn’t over yet.

“A mutation in one part of the world is a threat to people everywhere.

“We need to come down on it hard, and we will.”

Despite the high transmission rate of the virus, it is thought the vaccines in use still have high efficacy against the mutant strain.

Dr Susan Hopkins, strategic response director at Public Health England, said: “Three of the vaccines that have been used to date in the trials have shown that they’ve been effective against the South African variant at a level greater than was set as the minimum standard by the WHO.

“We expect all other vaccines to have a similar level of effectiveness, particularly in reducing hospitalisation and death.”