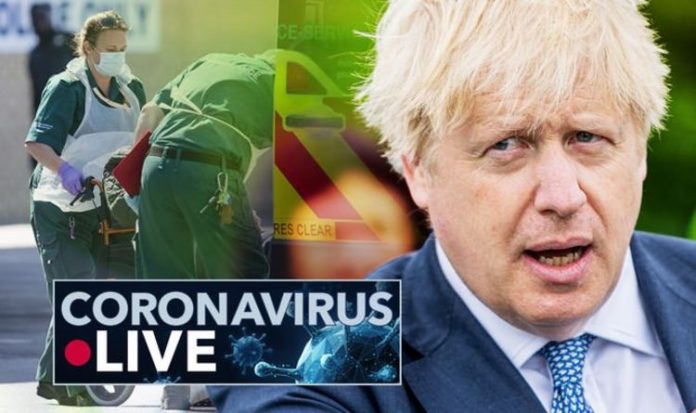 The conclusions of the investigation into Public Health England’s counting toll are expected this week after emerged officials were “exaggerating” COVID-19 deaths. One recommendation could be to move to a weekly official death toll instead, according to a government source.

It comes as Britain reported more than 1,000 new COVID-19 infections on Sunday, its highest daily increase since June, taking the total number of cases past 310,000.

The UK paused its daily update of the death toll last month and Health Secretary Matt Hancock ordered a review into how Public Health England reports coronavirus deaths, after academics said the daily figures may include people who died of other causes.

Academic warned that the way the government health agency calculated the figures was skewed as patients who tested positive for coronavirus, but are successfully treated, will still be counted as dying from the virus “even if they had a heart attack or were run over by a bus three months later”.

They said England’s death figures vary substantially from day to day due to this reason.

In contrast, other parts of the UK do not follow the same approach.

There is a cut-off threshold of 28 days in Scotland after a positive test, after which a patient is not automatically considered to have died from the virus.

German companies expect public life to be restricted for a further 8.5 months due to coronavirus, a survey by the Ifo economic institute showed on Monday, as Europe’s largest economy battles to recover from a pandemic-induced downturn.

Leisure firms, hit hard by the coronavirus crisis, are particularly pessimistic, expecting restrictions to last another 13 months while the beverage sector is more optimistic, foreseeing an end to restrictions in 6.4 months.

Professor Russell Viner, president of the Royal College of Paediatrics and Child Health and a member of Sage, said studies had suggested children were “very minor players in the transmission overall” of the virus.

He told BBC Radio 4’s Today programme: “There are five studies from around the world from New South Wales, from Australia, Singapore, from Ireland, from Germany, and from France, and in each of those there appears to be very, very little transmission in schools.

“We know that children can and do transmit this virus, of course they do, but they’re very minor players in the transmission overall, particularly younger children.

“It’s increasingly clear that older children – teenagers probably – transmit as much as adults, but schools themselves play very little role.

“They’re a closed setting but actually we see very few outbreaks in schools, large outbreaks, and actually there’s very little transmission from child to child or child to adult, actually much of the transmission in schools is from adults bringing it in, particularly staff.

“There’s increasing evidence in the UK and the Government is doing a number of studies which have showed apparently very little transmission and very little infection when schools were open in England.”

7.34am update: National priority to get children back to school

A health minister said it is a national priority for children to return to school after months away from the classroom due to the coronavirus pandemic.

Helen Whately told Sky News: “Sadly we have seen children from more disadvantaged backgrounds are more likely to fall behind during this time so it is essential that we have children back at school this autumn.”