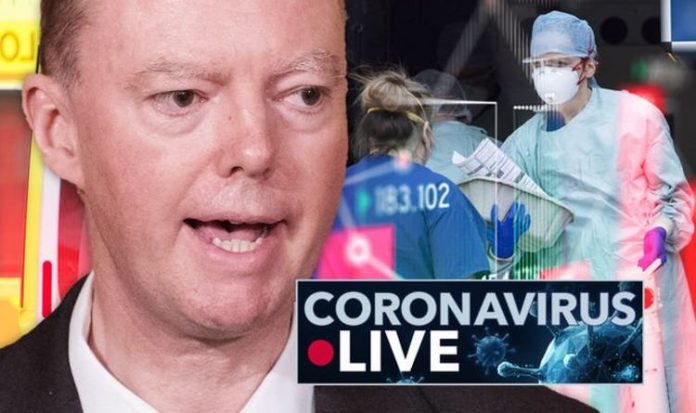 The chief medical officer for England is expected to warn the pandemic is spiralling out of control in the country and a “critical moment” is nearing. It comes as Prime Minister Boris Johnson mulls a second nationwide lockdown in a bid to halt a new spike in cases. Prof Whitty will not announce a lockdown this morning, however, with the decision due to be made and announced by the PM.

Prof Whitty will say this morning Britain faces a “very challenging winter”, with the current trend heading in “the wrong direction”.

He will add: “The trend in the UK is heading in the wrong direction and we are at a critical point in the pandemic.

“We are looking at the data to see how to manage the spread of the virus ahead of a very challenging winter period.”

This is a live blog. Check below for timed updates during the day.

He said ministers had “got into the habit of ruling by decree”, adding: “The British people are not used to being treated like children.”

Sir Graham, the chairman of the powerful Tory backbench 1922 Committee, is tabling an amendment which would require the Government to put any new measures to a vote of MPs.

He said more scrutiny of the so-called rule of six would have enabled MPs to question why the limit was put at six and not eight or ten and why children were included in England and not in Wales or Scotland.

London mayor Sadiq Khan is to meet council leaders in the city today to discuss possible new restrictions in the capital, which they would then put to ministers.

“The situation is clearly worsening,” a spokesman for the mayor said.

“The mayor wants fast action as we cannot risk a delay, as happened in March. It is better for both health and business to move too early than too late.”