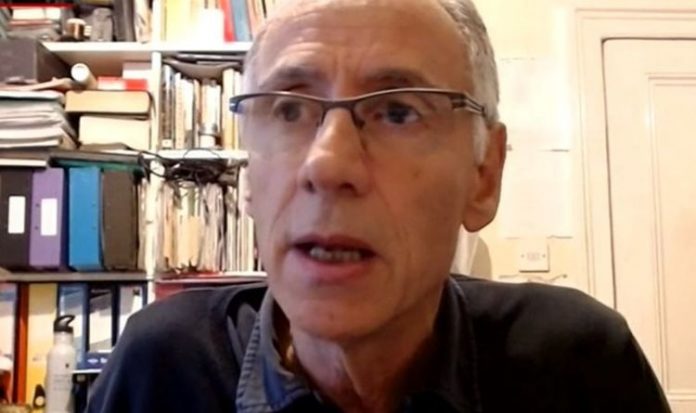 He said: “What we’re seeing now is really quite high levels of virus in the population – one in 200 people today have the virus.

“It’s not just in the young people, although it’s higher in the younger people. It’s right across the age range.

“But it’s substantially gone up in all the ages, that’s the key point.”

Professor Elliott continued: “It’s really important to differentiate between the numbers of the virus, which has gone up substantially, and the rate of rise of the virus.

“That was going up exponentially from the beginning of September.

“That rate of rise seems to have slowed down in the very recent data.

“But there is some uncertainty around that value because there it is based on our very recent data in the last nine days of sampling.”

Professor Elliott’s assessment falls in line with Chief Medical Officer Chris Whitty who had also given some harsh insight into the UK’s outbreak.

During the latest Downing Street press conference he warned that the UK has a “long winter ahead” as infection rates in local lockdown areas are heading in the “wrong direction”.

Chief Medical Officer Sir Patrick Vallance added that the pandemic was “not under control”.

This has raised concerns that the country could be forced into another national lockdown.

However, Prime Minister Boris Johnson has already been clear that he is reluctant to do so as it would be “disastrous” for the economy.