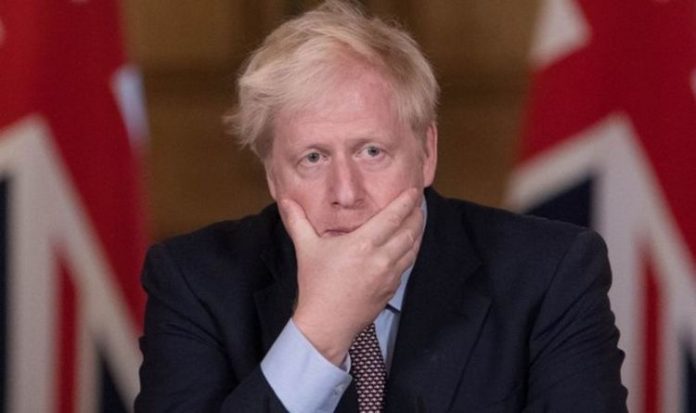 Ministers are thought to be considering a two-week “circuit break” in a bid to slow transmission of the virus. The Prime Minister continues to insist a second national lockdown is the “last thing anybody wants” but has admitted the current coronavirus measures would need to be kept “under review”. He has however warned the UK is facing a second wave of coronavirus.

On Saturday, it was revealed the number of people testing positive for coronavirus in the UK had jumped by 4,422 over the past 24 hours – the highest in over four months.

The latest Express.co.uk poll of 10,591 readers shows they are against a two-week lockdown being introduced to curb the recent spike in coronavirus infections.

The poll, which ran from 11am until 10pm on Saturday, September 19, asked: “Should there be a two-week lockdown to halt the COVID spike?”

The remaining three percent who voted (187 readers) were undecided.

One reader said: “At present, more people are going to die from other illness like cancer due to cancelled appointments and missed check-ups, than die from COVID19. It is time people realised that.

“Oh and the people suffering won’t be already at death’s door, they will be of all ages and many have a chance of a much longer life.

A third reader wrote: “Lock down the places where there is a problem and leave the rest of us alone.

“It’s always the same areas with high income populations that fail to behave and I’m sick and tired of having to suffer for them.

“Let’s have some honesty instead of skirting round it. We all know where the problem is but even on here we aren’t allowed to ‘go anywhere near it’.”

Speaking during a visit to the Vaccines Manufacturing Innovation Centre construction site near Oxford on Friday, Mr Johnson said: “On Monday we brought in the measures that we did, the ‘rule of six’, to really try and restrict what people are doing and to bring in a new buffer – and to make it absolutely clear, the ‘rule of six’: indoors six maximum, six outdoors maximum.

“But the crucial thing is at the same time to observe the basic rules on social distancing – hands, face, space – that is what everybody has got to do if we want to continue to beat this thing.

“But as we look at this particular curve and what is happening now, clearly we are going to keep everything under review. I don’t want to get into a second national lockdown at all, it is the last thing anybody wants.

“I don’t want to go into bigger lockdown measures at all, we want to keep schools open and it is fantastic the schools have gone back in the way they have. We want to keep the economy open as far as we possibly can, we want to keep businesses going.

“The only way we can do that is obviously if people follow the guidance.”

He also warned the UK is facing a second wave of coronavirus, adding: “There’s no question, as I’ve said for several weeks now, that we could expect (and) are now seeing a second wave coming in.

“We are seeing it in France, in Spain, across Europe – it has been absolutely, I’m afraid, inevitable we were going to see it in this country.”