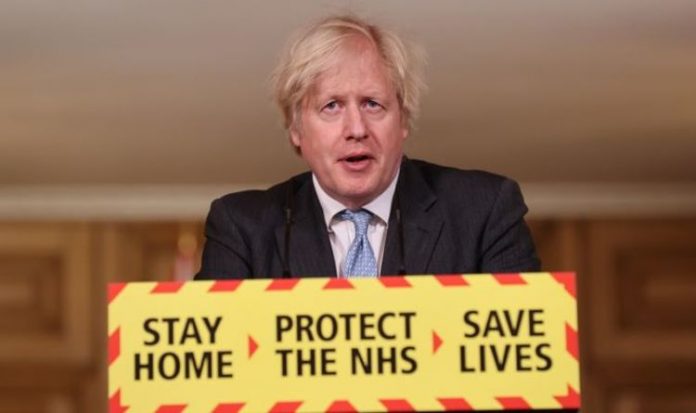 On Wednesday, over 13 million people in the UK were confirmed to have received a coronavirus vaccine – equal to around a quarter of adults in England. This figure is also considerable because it is more than the entirety of the EU – which has inoculated just under 12.5 million people.

But the Prime Minister has said “nearly two million” eligible for a vaccine who have yet to receive one.

A vaccine is being offered to everyone over the age of 70, as well as frontline NHS and care staff, older care home residents and staff, and the clinically extremely vulnerable.

In a Covid-19 press briefing yesterday, Mr Johnson appealed to anyone within those groups who has not had a jab.

He said: “Now is the moment to do it, wherever you are – you won’t be more than about 10 miles away from a vaccination centre.

“So, go online, or get someone to help you or simply pick up the phone and call 119.”

Mr Johnson claimed he was not making the appeal “so we hit some numerical target,” but to “save lives” and “take another step on a long and hard road back to normality”.

He added: “We’re trying to find role models and influencers and also thinking about ordinary citizens who need to be quick with this information so that they can all support one another because ultimately everyone is a role model to everyone.”

Yesterday, scientists advising the World Health Organisation recommended that the UK’s Oxford-AstraZeneca vaccine could “be used in people 18 years and above, without an upper age limit”.

It came amid reports of some countries deciding not to give the jab to people over the age of 65 due to concerns about its effectiveness in that age group.

However, Dr Alejandro Cravioto, chairman of the WHO’s Strategic Advisory Group of Experts on Immunisation, said their findings “mean people over 65 years of age should be given the vaccination.”

Meanwhile, Sir Patrick Vallance, the Government’s chief scientific adviser, has said any easing of lockdown measures should be gradual and that “caution is important,” The Times reports.