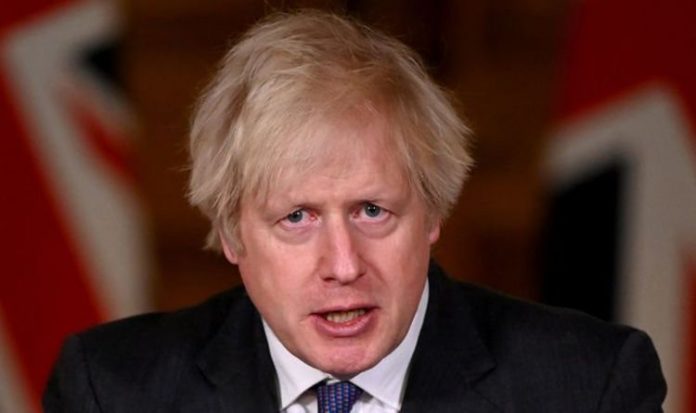 There are growing fears about the long-term impact the shutdown will have on the UK’s children, most of whom are currently being taught online. On Saturday, nearly half a million Britons received their first coronavirus vaccine, a figure far higher than for any other country in Europe.

Last week, the Government expanded the coronavirus vaccination programme to those aged over 70.

However, over the weekend Matt Hancock refused to guarantee schools would be able to return after Easter.

Rob Halfon, a Conservative backbencher who chairs the powerful Commons Education Committee, has demanded a Minister is summoned to appear before Parliament on Monday.

Speaking to The Guardian he said: “The whole engine of the state must do everything possible to get our schools open after half-term as was originally proposed.

The UK has recorded more than 97,000 coronavirus related deaths, more than any other country in Europe.

Deaths are officially linked to the pandemic if they take place within 28 days of a positive Covid-19 test.

Currently the Government is on target to vaccinate Britain’s 15 million most vulnerable people, including all those aged over 70, by mid-February.

To achieve this an average of 393,031 people will need to be vaccinated per day.

However there are concerns over whether the vaccination supply will be secure enough to allow this.

Ministers are also discussing whether to require all those arriving in the UK, including returning tourists, to pay to quarantine in a hotel.

The move would be designed to prevent new coronavirus variants, such as those detected in Brazil and South Africa, gaining a foothold in Britain.