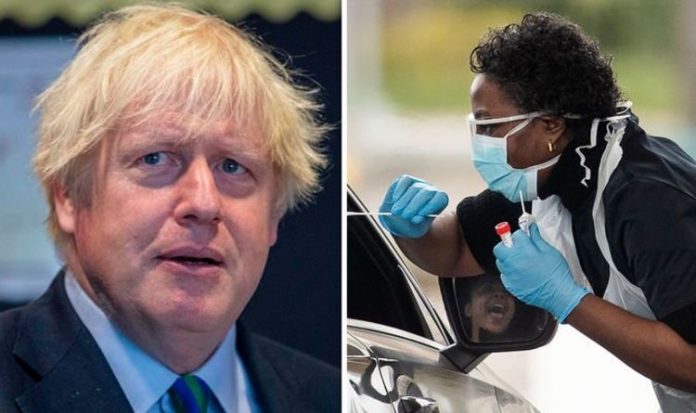 The document was drawn up by the Scientific Advisory Group for Emergencies (SAGE), which provided the Government with official scientific advice. According to SAGE the 85,000 deaths from Covid-19 this winter is a “reasonable worst case scenario”.

However the report, which was acquired by BBC Newsnight, admits there is “significant uncertainty” about these figures.

In addition to those killed by coronavirus the document estimates a significant increase in excess deaths from other conditions as Covid-19 clogs-up the NHS and some patients avoid treatment.

For England and Wales the model produces another 81,000 excess deaths from other causes.

The SAGE document also warns additional lockdown measured may have to be re-imposed to control the disease’s spread.

It says by November “policy measured would be put in place to reduce non-household contacts to half of their normal pre-March 2020 levels”.

As the Government has pledged to prioritise schools opening this could mean other potential spreaders like pubs and restaurants being closed.

The report warns these new measured might need to be in place until March 2021.

At this point Britain would have spent an entire year under some form of lockdown restrictions.

READ MORE: Back to work and time for a new job after coronavirus ‘break’

It was criticised on BBC Newsnight by Oxford Universities’ Professor Carl Heneghan who branded the report “unhelpful”.

Professor Heneghan argued the models used are “implausible” adding it seems to assume “we’ve learnt nothing from the first wave of this disease”.

Boris Johnson has described children returning to schools in September as a “moral duty”.

Writing in the Mail on Sunday earlier this month he said: “Now that we know enough to reopen schools to all pupils safely, we have a moral duty to do so.

“We can do it – and we will do it. Social justice demands it.

“Most painfully of all, the costs of school closure have fallen disproportionately on the most disadvantaged, the very children who need school the most.”

SAGE’s “reasonable worst case” assumes schools remain open and lockdown/tracing measures are only 40 percent successful in stopping the spread of the disease.

Thus far more than 40,000 people have died in the UK from coronavirus, more than in any other European country.

Some 330,000 people have been formally diagnosed with the virus though the real number is likely to be much higher.