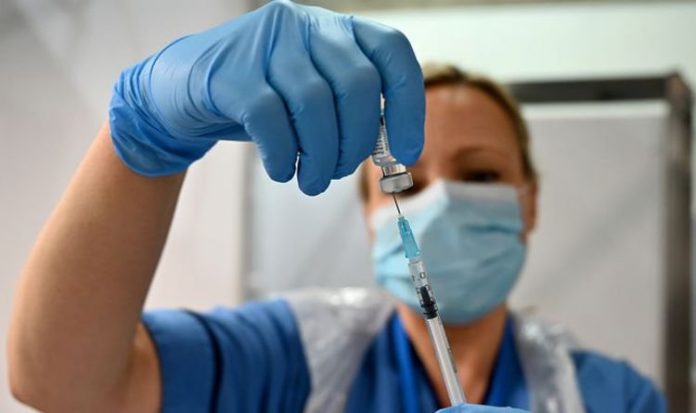 The move is a big step towards the Government’s target of vaccinating the 13 million most clinically vulnerable by February 15.

Speaking to the BBC, he said the success had been possible because of an “amazing partnership working between our GPs, community nurses and care homes”.

She said: “It has been a privilege to vaccinate some of the most vulnerable people and the wonderful people who look after them.

“Many have had little contact with the outside world throughout the pandemic and so it has been truly humbling for all, giving them hope and importantly protection against the disease.”

On Saturday, the UK vaccinated nearly 600,000 people – a daily record.

The Government remains on track to hit its target of vaccinating the most clinically vulnerable across Britain by mid-February.

READ MORE: Covid could have originated in China THREE months earlier than thought

In total, nearly nine million Britons have received their first vaccine dose and 490,000 have been given both.

By contrast, vaccine programmes in many European countries are stalling due to vaccine shortages.

Last week the EU stepped back from plans that could have blocked vaccine exports from the continent, and put a hard border between Ireland and Northern Ireland, following intense international outcry.

Fiona Carragher, from the Alzheimer’s Society, saluted the care home news but added the vaccination programme for care home staff has been moving slower.

She added: “The most pressing question now is how and when can care homes restart safe, meaningful visits.

“Combined with PPE and testing, isn’t one jab enough?

“If not, what else needs to be in place? Another 12-week wait is unacceptable for people dying of loneliness.”

In total, more than 100,000 people have died within 28 days of receiving a positive coronavirus test in the UK since the pandemic began.