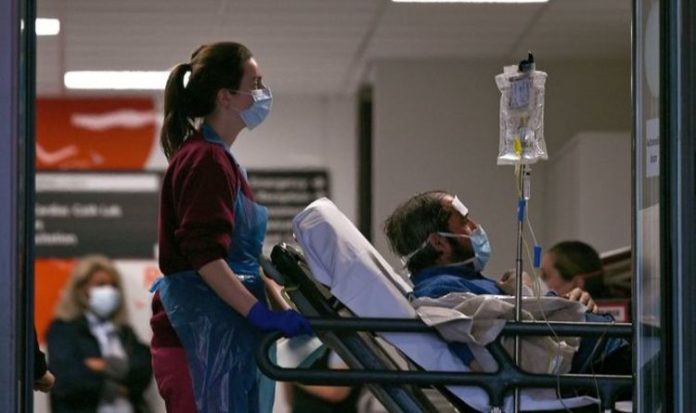 Neil Ferguson, epidemiologist at Imperial College London, released a new report that shows the COVID-19 fatality rate could be as high as 1.15. He previously predicted that up to 500,000 Britons could die from COVID-19, leading to the Government enforcing a nationwide lockdown in March.

Professor Ferguson stood down from the Scientific Advisory Group for Emergencies (Sage) after it was revealed he let his married lover visit his home during the UK’s national lockdown.

He claimed the new calculations created with colleagues at Imperial are some of the most accurate to date.

It comes as Sage revealed in a new report, published on Friday, that there are approximately four times as many people catching the coronavirus than originally anticipated.

Professor Ferguson’s figures showed that one in every 100 people who become infected with the virus die from the disease.

The new calculations are more than double than those created by top scientists at the World Health Organization (WHO).

The WHO experts said the infection fatality ratio (IFR) stands at around 0.5 percent.

The IFR estimates how many people could die after contracting the disease including patients who do not show any symptoms and may not get tested.

The Government’s top scientists also reportedly believe that the virus only kills one in 200 infected patients.

In order to measure the death rate accurately, scientists must know the number of infections of COVID-19.

READ MORE: R rate UK: What is the R rate in the UK?

To measure the IFR for an infectious disease, scientists rely on the official data on deaths.

Most countries record coronavirus related deaths as anyone who died after testing positive for the virus.

However, not every country uses the exact same measurements to report COVID-19 deaths.

The UK previously used a system which reported coronavirus fatalities as anyone who died at any time after testing positive for the disease.

This meant that deaths were counted even if the victim recovered from the virus and died from a different cause.

Scientists must also know the exact amount of people who have been infected with the coronavirus to calculate the IFR.

Estimates of the IFR vary due to lack of testing capacity at the start of the pandemic.

On Friday a further 24,405 cases were reported in the UK bringing the total number of positive tests recorded to 989,745, according to official figures.

A further 274 deaths within 28 days of a positive test were also reported in the UK on Friday.