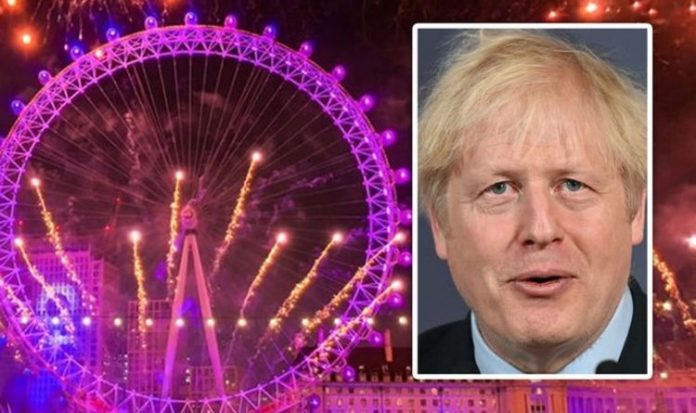 The Night Time Industries Association (NTIA) estimates more than 5,000 illegal parties will be held across the UK on Friday. The group claims some organisers are preparing for a £10,000 police fine by charging punters £10 a head for entry.

Michael Kill, CEO of NTIA, told the Daily Star the closure of the night-time industry over New Years Eve will lead to a surge in illegal parties.

He said: “Following discussions with many of the legitimate events promoters, industry leaders and general public across the country, as well as concerns levied both by regional police and local authorities on the impact of restrictions on New Year’s Eve celebrations, we have estimated that we will see over 5,000 illegal parties across the UK.”

“Many want to see the New Year out and have been socially starved for over eight/nine months.

“It has also been muted that many of these organisers will target warehouses from lost businesses during the pandemic, and are willing to take these risks and forgive the £10,000 fine within the admission charge to cover their bets.

“There will also be many people who will push the boundaries of household mixing with parties taking place in households across the country, particularly in remote locations.”

Police are set for their most challenging night of the year, Mr Kill claims, as coronavirus restrictions will partially hinder their ability to crack down on illegal parties.

He added: “Illegal parties have been taking place for many years now and have been a cat and mouse game between the authorities and the organisers, with the pandemic restricting social activity further, there will naturally be an uplift in these types of events, with varying audience sizes.

“With privacy settings and complex platforms which hinder access, many of these parties are promoted digitally, or through word of mouth via trusted circles, this will be a huge challenge for Police forces up and down the country.

“We would urge people to consider the consequences of their actions, given the delicate situation around infection rates over the last few weeks.”

The Prime Minister urged Brits recently not to meet in large groups to celebrate the New Year, after the UK’s Christmas bubble rules expired.

He added in a Downing Street press briefing: “No one should be gathering in large groups to see in the New Year – remember the rules in your local area will apply.”

London’s annual fireworks display was cancelled in September in an effort to prevent large crowds from gathering, in addition to other events across the country.

Further restrictions may also apply to different regions in England ahead of New Years, as ministers review the tier system on Wednesday.

Monday’s cases are the now the UK’s highest ever daily tally, beating out last week’s record of 33,364 cases on December 21.

Hospitalisations from the virus are also nearly past the peak reached in the first wave of the pandemic, with 21,286 people currently admitted due to the virus.

In England, yesterday saw hospital capacity surge past the initial wave of the virus with 20,426 compared to the previous April 12 peak of 18,974.