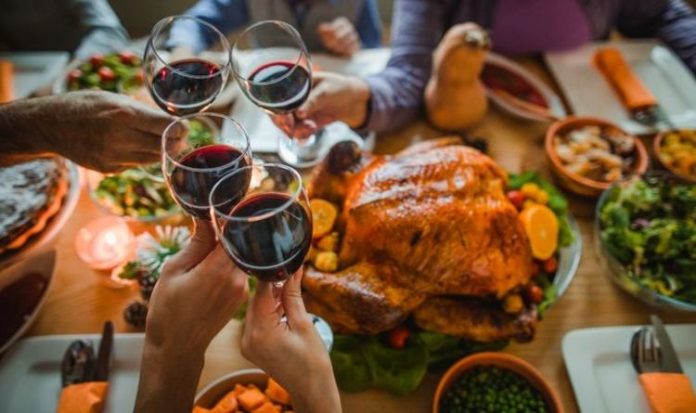 Coronavirus restrictions for the festive period are not yet known. But 40 percent of people aged 18 to 24 say they would break the rules, according to a YouGov poll.

In comparison, just 15 percent of over-65s say they would flout the measures this Christmas.

Overall, 24 percent of Britons say they would breach restrictions over the festive period.

The survey also found that 76 percent think most people will break coronavirus rules for Christmas.

But 67 percent insisted they would follow the measures, according to the poll.

Almost half of Britons – 47 percent – will stick to the rules but expect most others to flout them, the survey found.

Some 50 percent would not mind if there are restrictions on households mixing, according to the poll.

A majority – 54 percent – say such measures would have an impact on their Christmas, while 42 percent say it would not affect their celebrations.

Boris Johnson yesterday insisted four weeks of lockdown should be enough to drive down cases and return to a tiered approach.

Speaking during a Downing Street press conference, the Prime Minister said: “The advice I have received suggests that four weeks is enough for these measures to make a real impact.

“These rules will expire and on December 2 we plan to move back to a tiered approach.

“There is light at the end of the tunnel.

“These are difficult times. While it pains me to have to ask once again for so many to give up so much, I know we can get through this.”

Mr Johnson insisted “the objective” is to return to regional restrictions next month so “people across this country will be able to have as normal a Christmas as possible”.