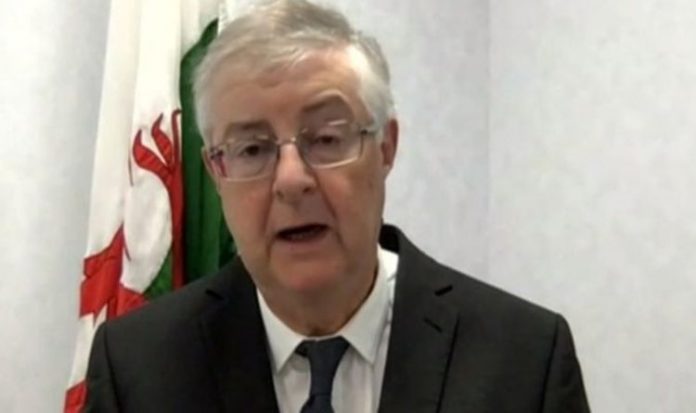 Mr Drakeford said: “People in other parts of the United Kingdom who do not live in hotspot areas will still be able to come.

“It is not a blanket ban on people coming to Wales.

The BBC host asked: “How would you police that?”

Mr Drakeford replied: “In the same way we did earlier in the pandemic, we had a stay local rule in Wales where it was not legal for people to come in Wales and travel about.

“Our police forces were very adept at stopping people and explaining to them the rules were different here.

“When they did what the police have said to us is that the vast majority of people when it was explained to them were willing to abide by that.”

“My frustration has been that those conversations have not been regular enough, not been reliable enough.

“The Prime Minister said on Tuesday that Cobra would be reinstated as a more regular feature of the way the four nations of the United Kingdom get round the table together.

“I do hope that is the case, it was a very useful meeting on Tuesday, but what I don’t want are one off, sporadic, last-minute meetings called in a crisis and then weeks of silence.

“This isn’t the way we should get through this the best.”