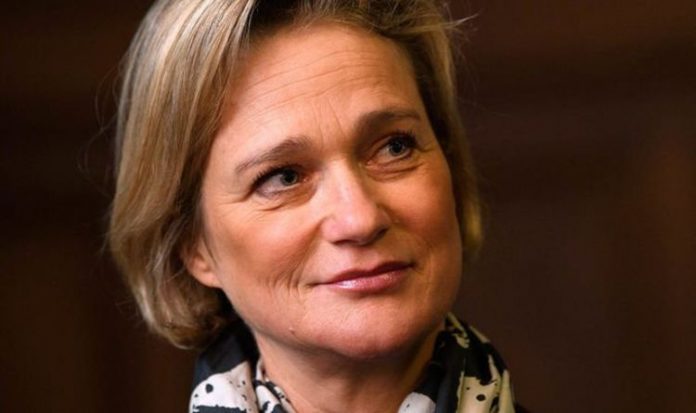 Artist Delphine Boël is now to be known as Her Royal Highness Princess Delphine of Saxe-Coburg, the Brussels Court of Appeal has sensationally ruled. Princess Delphine won the court case against her biological father, former Belgian King Albert II, and can now take his family name and a royal title like her half-siblings.

The case was launched last month and the judgement was not expected until October 29, but the court’s decision has already been made public.

Princess Delphine’s children, 16-year-old Josephine and 12-year-old Oscar have also been recognised as Princess and Prince and styled as HRH.

The ruling doesn’t mention any official allowance for Princess Delphine or her children.

The decision taken by the Brussels court is particularly significative – and not only because it puts an end to Delphine’s struggle to be recognised by her father.

Many love children born outside of marriage have been granted royal titles such as Duke and Duchess within European Royal Families over the past centuries.

However, it is rare for an illegitimate child to be also granted the HRH style and be able to pass it on to their own sons and daughters as it has happened in the case of Princess Delphine.

The ruling is in accordance with a Belgian law approved in 1991 and slightly changed in 2015, which states the title of Princess or Prince is reserved for the children and grandchildren of “the King”.

However, this regulation doesn’t state the children of the monarch have to be legitimate to receive the HRH style.

Delphine had already won the right in court to force the monarch to take a DNA test and settle whether she really as his daughter.

But in September her lawyer, Marc Uyttendaele, said upon launching a new legal case Delphine wanted to receive “exactly the same privileges, titles and capacities” of her half-siblings.

He added: “Delphine’s position isn’t that she wants or doesn’t want to be princess.

“She doesn’t want to be a cut-price child, she wants to have exactly the same privileges, titles and capacities as her brothers and her sister.”

Princess Delphine first publicly spoke about who her father was in 2005, six years after an unauthorised biography of the monarch’s wife Queen Paola sparked rumours of the existence of an illegitimate child.

However, she could only open court proceedings in 2013, after he abdicated in favour of his firstborn King Philippe and lost his immunity to prosecution.

In her first legal case against the former king, Princess Delphine asked to be recognised by her father.

The former monarch acknowledged Delphine as his fourth child after “learning the results of the DNA tests”.

King Albert’s lawyer issued a statement on January 27 reading: “Scientific conclusions indicate that he is the biological father of Mrs Delphine Boel.

“King Albert has decided to put an end to this painful procedure in good conscience.”

While he didn’t recognise her as a legitimate child, King Albert II has been involved in Delphine’s life when she was a child, according to the new princess’ mother, Baroness Sybille de Selys Longchamps.