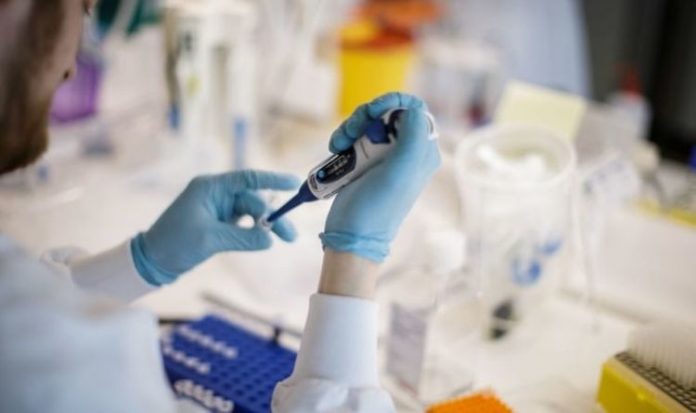 Coronavirus cases are once again surging throughout the country, with several major cities, including Liverpool, being quickly placed into the highest alert level of the Government’s new three-tier lockdown system. Boris Johnson and his Government have introduced the new system in a desperate attempt to bring the significant increase in COVID-19 infections under control, with the number of new cases coming close to 20,000 each day. Downing Street has come under attack over the new method, with senior politicians, including many from within the Conservative Party, calling for a “circuit-breaker” lockdown, which would see the UK shut down for a short period of time.

But there are fears coronavirus infections will accelerate further throughout the winter months, where cold and flu symptoms are at their most prominent.

Sir Jeremy Farrar, who sits on the SAGE committee, warned it is unlikely vaccine jabs will be administered before Christmas, which he believes “will be tough this year” and “not like a normal Christmas for almost everybody”.

However, the Government scientific adviser is expecting data on vaccines in November and December, highlighting how the UK has a “portfolio” of potential options.

He told Sky News’ Sophy Ridge on Sunday show: “I think in the first quarter of next year we will have vaccines – will have more than one vaccine.”

Sir Jeremy claimed the UK finds itself in an “extraordinarily strong position” and the “vaccine taskforce has done an absolutely extraordinary job”.

“Vaccines come in all different styles and approaches and Britain has got a portfolio of vaccines, through which more than one, I’m sure, will come through in the first quarter of next year.”

Sir Jeremy was also optimistic about better treatments being ready before a vaccine, saying: “I do believe that monoclonal antibodies to treat patients and save lives will be available in the coming months.”

Professor Van-Tam added that such a development would have a “significant impact on hospital admissions and deaths”.

But despite the renewed optimism, Sir Jeremy warned families will unlikely be able to celebrate Christmas this year as they normally would.

He said: “Christmas will be tough this year. I don’t think it’s going to be the usual celebration it is and all families coming together, I’m afraid.

“I think we have to be honest and realistic and say that we are in for three to six months of a very, very difficult period.

“The temperatures drop, we are all indoors more often, we have the other infections that come this time of year.

“It’s much better for us to be upfront and honest now, and say we are in for a really difficult time, but there is light at the end of the tunnel.”