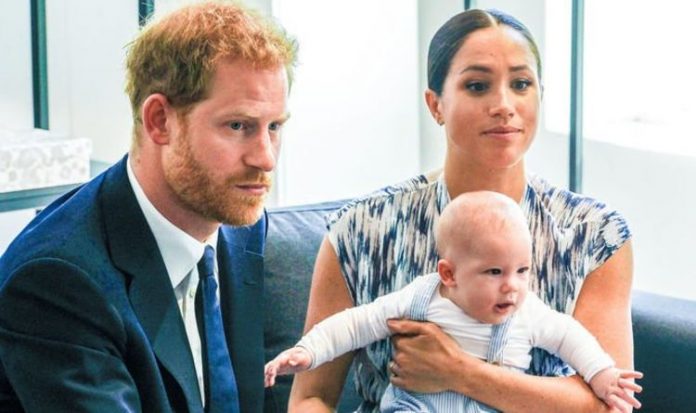 Royal author and editor-in-chief of Majesty Magazine, Ingrid Seward said Prince Harry could even be forced to come back home alone with or without his wife and son Archie Harrison because of his status as a British citizen. The Duke of Sussex is currently living in California with his family after his sensational decision to quit the Firm.

But Prince Harry is not yet a US citizen.

Ms Seward said it would be a “good idea” for Harry and his wife Meghan to return to the UK for Christmas or face being “clobbered” with a huge tax bill.

She told the Daily Star online: “I was wondering actually whether Prince Harry would come over for Christmas, he might well do because if Meghan is going to pursue this court case, it would be a good idea to be here.

“Prince Harry will also have to come back at some point, regardless of the case, because of his tax situation.

“He isn’t an American citizen and will be clobbered with a large chunk of tax, which I’m sure he doesn’t want.”

It is unclear how the duke and duchess are planning to spend Christmas due to the ongoing coronavirus pandemic.

It comes after the couple missed Christmas festivities with the Queen at her sprawling Norfolk estate last year.

They instead spent it with their baby son Archie and Duchess’ mother in Canada.

The news comes after the pair posed for their first official picture since stepping down from the Royal Family.

The picture was posted ahead of the couple’s appearance on TIME100 Talks this Tuesday.

In it Meghan paid a heart-warming tribute to her late mother-in-law Princess Diana by wearing her old Cartier watch.