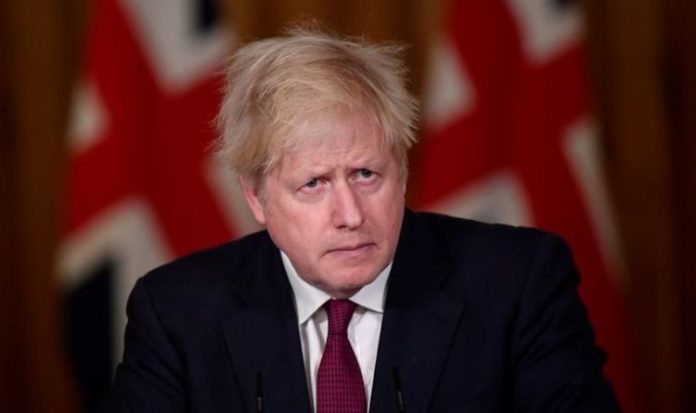 Labour leader Keir Starmer said the UK’s Covid-19 spread “is clearly out of control” and called on the Government to implement a national lockdown for England within 24 hours. Speaking in a separate interview, Mr Johnson said he would do “what it takes” to get infection rates down.

The last time England was placed under a national lockdown measure was through the month of November last year.

This was repealed in December with the aim of allowing restrictions to be relaxed over Christmas, though the plan was scrapped for many after cases surged and a new strain was detected.

It is not clear how Mr Johnson will move forward with further restrictions, though he warned of a “tough period ahead” yesterday.

Speaking on the BBC’s Andrew Marr Show, the Prime Minister added the Government was keeping the current measures “under constant review” to see whether further action is needed.

Responding to a question about what further measures might look like – such as a limit on daily exercise – Mr Johnson said: “There are obviously a range of tougher measures that we would have to consider. I’m not going to speculate now about what they would be.”

He acknowledged school closures could be a potential move, but expressed reluctance about the idea, adding: “It’s not something we necessarily want to do.”

It comes as the UK yesterday reported 54,990 new daily cases of Covid-19 and 454 deaths within 28 days of a positive test, according to Government figures.

There were also 366,435 cases within the past seven days, marking an increase of 47.6 percent from the seven days prior.

Gavin Williamson, Education Secretary, has come under increasing pressure in recent days to prevent schools from reopening today as teaching unions call for a switch to remote learning.

The National Association of Headteachers has announced legal action against the Department for Education over the Government’s advice on schools so far.

The current plans for most primary schools around the country are to open up for lessons today, while secondary schools will open up more gradually.

This does not apply to primary schools on London and some other southeast areas, which have been told not to open until January 18.

The National Education Union said in a statement: “We are calling on Gavin Williamson to actually do what he professes he does: to follow the science and announce, now, that primary schools in England should move to online learning – apart from key worker and vulnerable children for at least the first two weeks of January.

“It is not good enough to always be behind the curve, playing catch up with new strains of Covid, seeing hospital admissions rise and case numbers spiral out of control.”